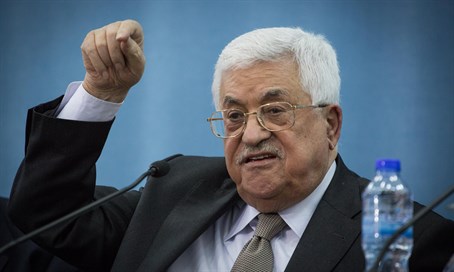 The Anti-Defamation League (ADL) on Thursday blasted Palestinian Authority (PA) chairman Mahmoud Abbas after he claimed in a speech to the European Parliament that Israeli rabbis called to poison Palestinian water and accused Israel of carrying out mass murders of Palestinian Arabs.

ADL CEO Jonathan Greenblatt said in a statement that Abbas “interspersed claims of an interest in reconciliation with Israel with base allegations against the Jewish state, which are reminiscent of age-old anti-Semitic stereotypes.”

“Unfortunately, conspiratorial incitement by the Palestinian Authority is not new. His charges of an Israeli effort to poison Palestinian water, and claims of Israel serving as the root of terrorism worldwide, are particularly disturbing and significant,” Greenblatt said, according to JTA.

Noting the standing ovation that Abbas received following his remarks, Greenblatt added, “How can Israel see Europe as an honest broker when its elected officials applaud a speech laden with lies and mischaracterizations?”

The speech was met with widespread criticism. The European Jewish Congress (EJC) earlier on Thursday called on European leaders to condemn Abbas’s speech.

“It is unconscionable that a foreign leader proudly states a blood libel in the European Parliament and he receives a standing ovation,” said Dr. Moshe Kantor, President of the EJC.

“If a far-right politician would have made similar comments they would have been correctly discredited, but Abbas is feted like a hero and this double-standard allows him to evade scrutiny in the international arena and the negotiations table,” he added.

“In Brussels, Abbas showed his true face. Someone who refuses to meet President Rivlin and Prime Minister Netanyahu for direct negotiations and spreads a blood libel in the European Parliament falsely claims that his hand is extended in peace,” the statement said.

“Israel awaits the day when Abbas stops spreading lies and dealing in incitement. Until then, Israel will continue to defend itself against Palestinian incitement, which motivates acts of terrorism,” it added.

“The Israeli Rabbinate and the thousands of rabbis serving the cities of Israel, from all ethnic groups and circles, love peace and pursue peace. This is our way of life, we are guided by the Torah of Israel, the Torah of life,” said Rabbi Lau.

“Israeli rabbis see the supreme value of human life; we believe in the concept ‘love every individual created in the image of God,’” he stressed.