European Jewry: Attack On French Church Is Attack On All Religions 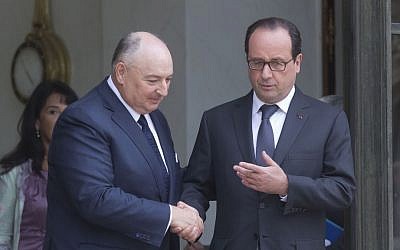 The attack on a Catholic church in northern France that left an 84-year-old priest dead is an attack against all religions, the head of the European Jewish Congress says.

“An attack against a religious institution and a man of God is an attack against all religions and faith itself,” says EJC president Moshe Kantor. “This dastardly attack will only strengthen our resolve to defeat the enemy of Islamist terrorism.”