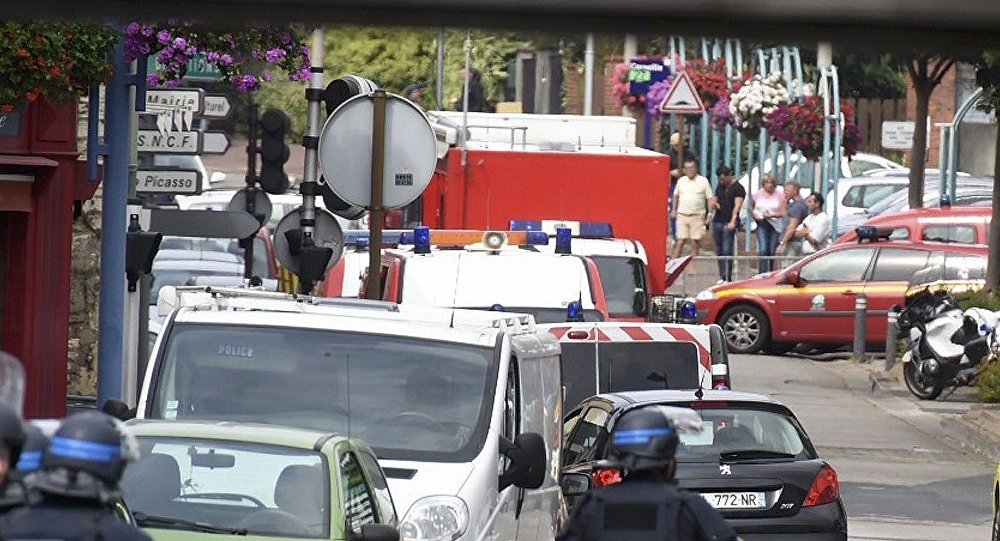 The European Jewish Congress (EJC) on Tuesday condemned the murder of a priest during a hostage-taking situation in a church in the northern French region of Normandy, underlining that such incidents are an attack on all religions.

Earlier in the day, two armed men took five people hostage at the Saint-Etienne-du-Rouvray church in Normandy. The attackers murdered an 84-year-old priest before subsequently being killed by law enforcement. The Daesh jihadist group claimed responsibility for the attack.

“An attack against a religious institution and a man of God is an attack against all religions and faith itself,” Moshe Kantor, president of the EJC, said in a statement published on Tuesday, stressing that “this dastardly attack will only strengthen our resolve to defeat the enemy of Islamist terrorism.”

A policeman secures a position in front of the city hall after two assailants had taken five people hostage in the church at Saint-Etienne-du -Rouvray near Rouen in Normandy, France, July 26, 2016.

Daesh, a radical Sunni group, has captured vast areas in Iraq and Syria forcing hundreds of people to flee their homes. The group, notorious for its human rights abuses, has also claimed responsibility for a number of major terrorist attacks staged in different parts of the world. Daesh is banned in many countries, including Russia.