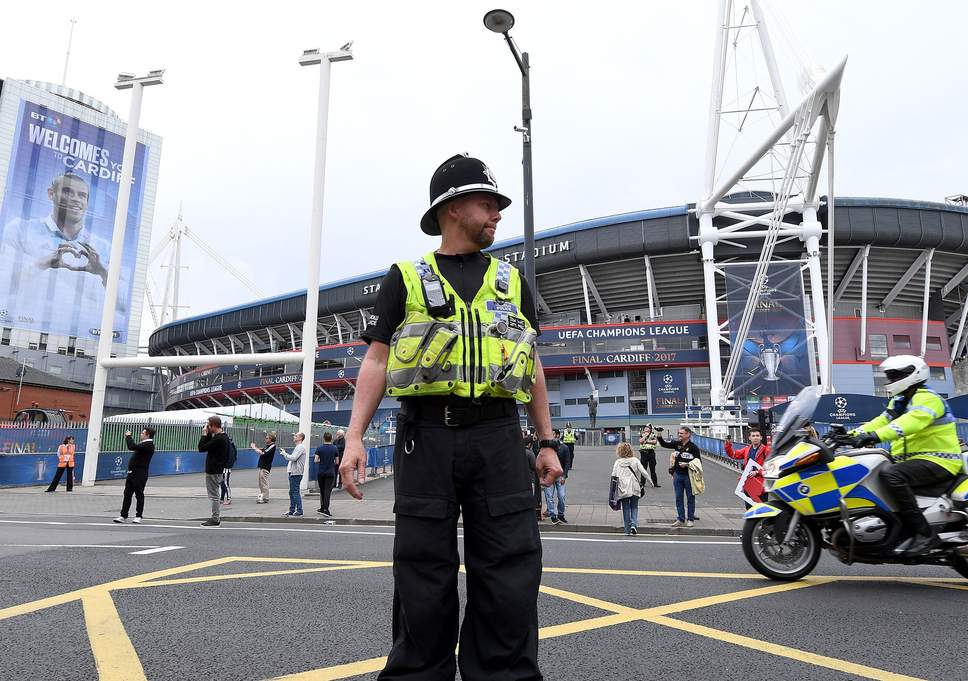 At least four terror plots are being probed by Britain’s security services, it has emerged.

Extremists are believed to be at the ­“planning” stages with shopping centres and stadiums at particular risk.

And he accepted the public were increasingly worried they could be next.

Sir Bernard, Britain’s top police officer, said: “I feel and understand that fear, and as the police officer in charge of preventing such at attack, know that you want me to reassure you.

“I am afraid I cannot do that entirely.

“Our threat level has been at ‘severe’ for two years – it remains there.

“It means an attack is highly likely – you could say it is a case of when, not if.”

However, Sir Bernard said the relationship between police, MI5 and MI6 was a “world beater” and gave us an intelligence advantage.

Gun control laws also made it more difficult for extremists, he added.

He said: “Every call, every referral, every briefing is part of our joint fight against terrorism.”

It also emerged that extremists will be forced to go through a “deradicalisation” programme in a major overhaul of Britain’s counter-terrorism strategy.

The “intense” sessions will target radicals showing signs of supporting terrorist ideologies but could also be used to target jihadis returning from Syria .

The plan may require new legislation to go ahead, reports the Mirror .

The news came as it was revealed there are fears ISIS could target the Rio Olympics with a dirty bomb.

The International Atomic Energy Agency (IAEA) has provided personal and portable radiation monitors for use by officials throughout the games – which start on Friday.

Brazil’s head of anti-terrorism believes there is “credible threat” Islamic State will target Rio next month and has put “numerous measures” in place, reports The Sun.

Luiz Alberto Sallaberry said the threat had increased dramatically in recent months due to attacks across Europe.

He added there was a rise in the number of Brazilian nationals thought to sympathise with the terrorists.

Islamic State terrorists want to seize nuclear materials to strike terror in the West and have already launched many chemical attacks in Iraq and Syria.

The group attacked rebels and government forces in Iraq and Syria and militants linked to both the Paris and Brussels attacks are thought to have studied a Belgian nuclear power plant.

“We know it wants to go further by carrying out a nuclear attack in the heart of Europe.

“This, combined with poor levels of security at a host of nuclear research centres in the former Soviet Union mean the threat of a possible ‘dirty-bomb’ attack on a Western capital is high.”

He warned the US and Russia to co-operate on using their technological resources to monitor the illegal transportation of radioactive materials.

Brussels suicide bomber brothers Khalid and Ibrahim El Bakraoui had originally planned an attack on a nuclear site in Belgium and had filmed the routine of the head of Belgium’s nuclear research and development programme.

On Tuesday the Kurdish military warned IS is planning on using chemical weapons in future suicide bombings.

Chairman of the Defence Police Federation Eamon Keating spoke out as the civilian Ministry of Defence Police (MDP) faces a potential further reduction of 15% in its workforce.