Anti-Semitic Incidents Rise In Britain: What Can Be Done? 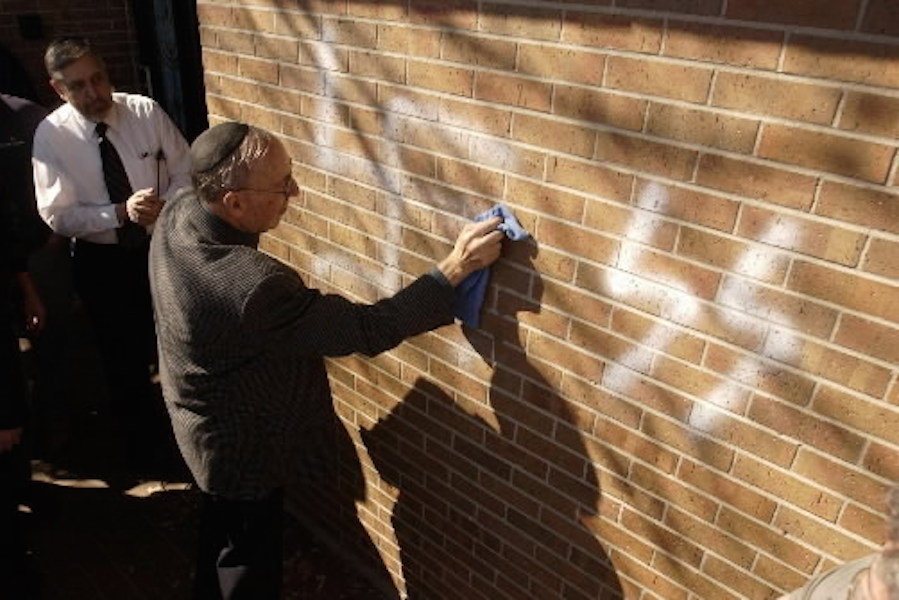 While anti-Muslim sentiment has garnered many headlines in Europe and the United States in recent months, a recent release shows that the number of anti-Semitic incidents reported in Britain rose by 11 percent in 2016, continuing a trend of increased reports since 2013.

“The long term trend shows that the number of antisemitic incidents has remained at a relatively high level since the summer of 2014 when the UK saw a large spike in antisemitic incidents in relation to the conflict in Israel and Gaza that year,” according to a report published by the Community Security Trust (CST), a British charity that protects Jews from antisemitism and related threats.

“More must be done by the British leaders to protect their Jewish communities,” Moshe Kantor, president of the European Jewish Congress, said, according to The Guardian.

Britain’s various political initiatives have made it a model for other European countries, Rabbi Andrew Baker, the American Jewish Committee director of international Jewish affairs and expert on anti-Semitism in Europe, tells The Christian Science Monitor in a phone interview. But Rabbi Baker agrees there is still work to be done.

Britain saw a high-profile example of prejudice this summer with the surfacing of anti-Semitic outbursts on social media by Labour MP Naz Shah that forced the issue into the public spotlight.

“I would say 15 years ago, most people in Western Europe imagined anti-Semitism was simply fading into history. We’ve learned that that’s clearly not the case,” Baker says.

Rabbi Baker says the increase may be due to heightened awareness and comfort reporting events, but a 2013 survey by the European Union Agency for Fundamental Rights found that 19 percent of English Jews had a personal experience of being harassed or physically attacked in the previous 12 months due to being Jewish.

Yet, almost three-quarters of those surveyed did not bother to report incidents of discrimination toward them. Almost half of European respondents said they did not report because they believed nothing would happen as a result.

Additionally, anti-Semitic occurrences have visibly increased in France, the European country with the most Jews.

“We’ve often seen incidents spike when there are special tensions in the Middle East or maybe some outside event. In some ways, people tended to minimize the problem or imagine that there was no direct connection. If those tensions diminished, then the problem would go away, but that didn’t happen.

“I think we’ve settled into a new reality,” Baker says. “It’s a kind of perennial challenge that we have to keep working at.”

A combination of grassroots and governmental initiatives will ensure anti-Semitism is not “a major factor” in anyone’s life, Baker says.

Britain became a leader in fighting anti-Semitism when it became the first European country to create an All-Parliamentary Group Against Antisemitism in 2005, which meets, discusses issues, and published a report each year.

In response to incidents in France, the United States Senate introduced a resolution in 2015 that calls for greater cooperation among nations. The report cites a 2014 Anti-Defamation League survey that states 24 percent of those surveyed in Western Europe express anti-Semitic views.

Increasing resources dedicated to monitoring neighborhoods, responding to incidents, and training law enforcement personnel are at the heart of the resolution. Agreeing that anti-Semitism is a problem is the first step in diverting those resources.

The bill has passed Senate, but has yet to pass through the House of Representatives.