Hamas Removal From E.U. Terror List Is ‘Unconscionable’ The Rulers Of The Palestinian Enclave Of Gaza Would Regain Access To European Frozen Assets If Judges Take Them Off The List 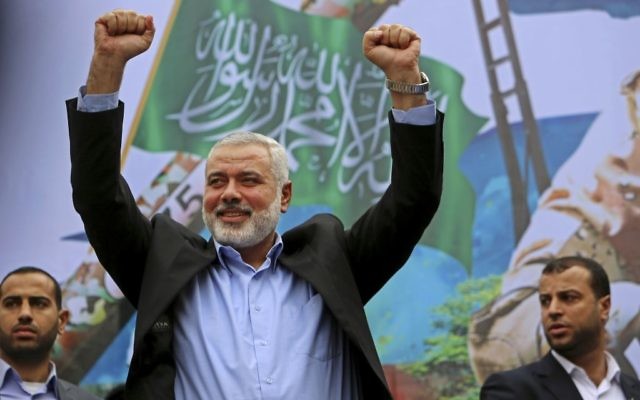 Jewish leaders, who said the action was “unconscionable,” were reacting after advice from the British advocate general at the European Court of Justice, whose advice is usually followed by judges.

Advocate General Eleanor Sharpston, a senior barrister, “considers that the court should annul the measures maintaining Hamas… on the EU list of terrorist organisations on procedural grounds,” in advice published late last week.

Sharpston, who was also advising the ECJ on a banned Sri Lankan group of Tamil Tigers, said Europe had been wrong to proscribe the organisations in 2001 because this relied on American decisions and unverified information.

“The Council of the European Union cannot rely on facts and evidence found in press articles and information from the internet, rather than in decisions of competent authorities, to support a decision to maintain a listing,” she wrote.

Sharpston therefore advised that the court reject an appeal by the Council of EU member states against the lower General Court’s decisions in late 2014 to remove Hamas from the sanctions list.

The European Jewish Congress said it is appalled by the recommendation which, if implemented, would mean that Hamas’s assets would be unfrozen.

“It is unconscionable that European bureaucrats are playing with people’s lives due to a technicality and narrow-mindedness,” said EJC president Moshe Kantor.

“Hamas has murdered countless people and ensure millions live in misery. Their means to kill many more could be given to them on a silver platter because someone in Europe feels there is not enough evidence to define them as terrorists.”

He added: “If Hamas is removed from the terror watch list, this will be the lowest and most worrying point for European Jewry in 70 years.”