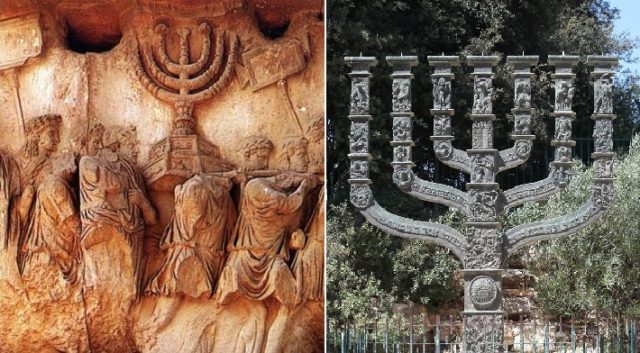 The United Nations Educational, Scientific and Cultural Organization (UNESCO) on Thursday has passed a resolution denying any Judaism’s historic connection to the Temple Mount and Western Wall in Jerusalem.

The proposal, put forth by the Palestinians, along with Egypt, Lebanon, Algeria, Morocco, Oman, Qatar and Sudan, condemns Israel on several issues related to Jerusalem and its holy sites.

The Foreign Ministry issued a brochure with pictures of archaeological findings proving the historic affiliation between the Jews and Jerusalem in general and the Temple Mount in particular, as well as the existence of the Temple Mount at the site where the Al-Aqsa Mosque stands today.

A senior source told Haaretz that the efforts of Israeli diplomats significantly changed the votes of European states, none of which supported the motion. Israeli efforts, he said, succeeded in swaying France, Sweden, Slovenia, Argentina, Togo and India to abstain from the vote.

According to Ha’aretz an entire section of the proposal dedicated specifically to the Temple Mount complex refers only to the site’s Muslim names (Al-Aqsa Mosque and Haram al-Sharif) and fails to mention its Hebrew or English names (Har HaBayit or Temple Mount).

The resolution refers also to the Western Wall plaza by its Muslim name (al-Buraq plaza) and only mentions its Hebrew-Jewish name (Hakotel Hama’aravi) later in quotation marks.

PM Binyamin Netanyahu responded to the decision “The theatre of the absurd continues with UNESCO and today the organization has made its most bizarre decision by saying the people of Israel have no connection to the Temple Mount and the Western Wall.”

“Obviously they have never read the Bible, he said, “but I would advise UNESCO members to visit the Arch of Titus in Rome, where they can see what the Romans brought to Rome after they destroyed and looted the Temple Mount two thousand years ago. One can see engraved on the arch the seven-branched menorah, which is the symbol of the Jewish people as well as the symbol of the Jewish State today.”

“Surely UNESCO will say that Emperor Titus was a part of Zionist propaganda.”

“Unfortunately, truth and history have become the latest victims in the UN’s hostilities towards Israel and the Jewish People,” Dr. Moshe Kantor, President of the EJC, said. “This vote is purely an attempt to eradicate the Jewish People from the pages of history.”

Those who deny the Jewish connection to Jerusalem and the Temple Mount are simply embarrassing themselves President Reuven Rivlin, said on Thursday.