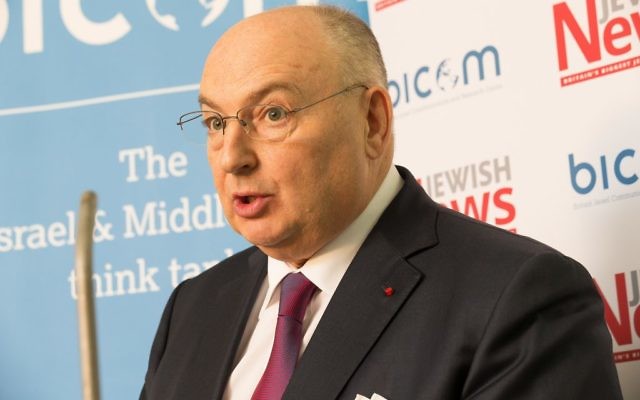 A European Jewish leader has welcomed proposed anti-extremism laws from Theresa May’s government, despite free speech campaigners and the government’s own independent reviewer of terrorism legislation sounding the alarm.

Moshe Kantor, president of the European Jewish Congress, hailed the Counter-Extremism and Safeguarding Bill as a “robust response” to threats at a Jewish News-BICOM Policy Conference in Westminster on Wednesday, speaking alongside Home Secretary Amber Rudd.

He said: “Terrorists and extremists have created networks in our countries, enclaves in our cities, outposts on social media. They are planning and plotting their next barbarous acts.

He added: “Terrorism does not exist in a vacuum and that we must look to blunt its influence in our societies… Those who aid, assist and inspire terrorists by word or action should not find shelter under the law.”

Introducing him was Hannah David, director of Conservative Policy Forum. She said the internet and social media was being used “to disseminate dangerous and extremist messages,” and that Kantor was showing leadership in dealing with it.

However David Anderson QC, who has spent six years reviewing surveillance and counter-terrorism legislation, with access to top-secret documents, said the draft bill was “the single document that has alarmed me most”.

He said the bill was designed to clampdown on “non-violent extremism,” but the Government had not defined what this was, saying this was “very dangerous and quite wrong,” and that it represented a threat to free speech.

Senior leaders from the police and security services are among those voicing concerns, as are organisations such as the National Secular Society.

Simon Calvert, of the Defend Free Speech said: “The Government’s proposals – and Extremism Disruption Orders in particular – are dangerous. They need to be stopped before ordinary people are criminalised because their views don’t fit the Government’s ideological straitjacket of British values.”