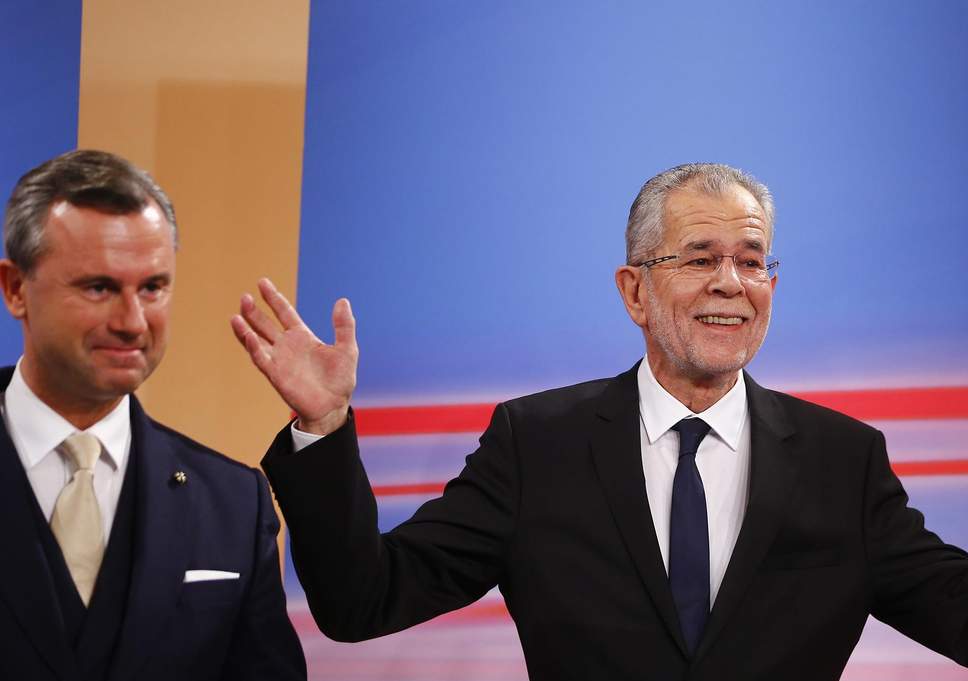 The extreme-right and populist party in Austria suffered a defeat in Sunday’s presidential election which saw the pro-European Green party candidate Alexander Van der Bellen winning with 51.7 % of the vote.

Norber Hofer, of the the Freedom’s Party, who had tried to become the first head of state in Europe from an extreme-right party since before World War II, conceded defeat.’’I am endlessly sad that it didn’t work out. I’d have loved to take care of Austria. I congratulate Alexander Van der Bellen on his success.”

In a statement, the European Jewish Congress (EJC) said : “We join democrats and all right-minded people in Austria and across Europe in breathing a sigh of relief that the first openly racist and xenophobic head of state was not elected on our continent.”

EJC President Moshe Kantor said. “This would not just have been a disaster for Austria but also for Europe, as it might have given a strong tailwind for other similar extremists across the continent, like the National Front leader Marine Le Pen who is competing in the upcoming French presidential elections.”