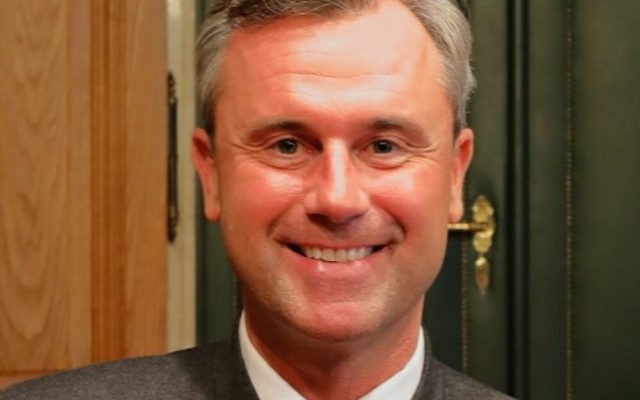 Preliminary results, released shortly after the polls closed on Sunday, showed Mr Van der Bellen, former head of the Greens, with 53.5% of the vote and Mr Hofer having 46.4%.

Mr Hofer said in a Facebook post that he was “endlessly sad” about his loss, adding: “I would have been happy to take care of our Austria.”

He congratulated his rival and urged Austrians to “stick together and to work together”.

The European Jewish Congress (EJC) welcomed the results, saying: “We join democrats and all right-minded people in Austria and across Europe in breathing a sigh of relief that the first openly racist and xenophobic head of state was not elected on our continent,” Dr. Moshe Kantor, President of the EJC, said.

“This would not just have been a disaster for Austria but also for Europe, as it might have given a strong tailwind for other similar extremists across the continent, like the National Front leader Marine Le Pen who is competing in the upcoming French presidential elections.”

“We hope that this creates momentum for mainstream and decent politicians to start to fight back against those who are using recent economic and social upheavals to push their intolerant agenda.”

Mr Van der Bellen is pro-European Union and represents liberal to left-of-centre views while Mr Hofer comes from the Eurosceptic anti-migrant Freedom Party. His campaign message has varied from hard-line when talking to Freedom Party supporters to more moderate when trying to woo undecided voters disenchanted with the political establishment.

The election was a rerun from May, which Mr Van der Bellen won by less than one percentage point. It was re-held following a court ruling after Mr Hofer’s Freedom Party claimed widespread irregularities.

“What happens here today has relevance for all of Europe,” he said before casting his ballot.

Other populist politicians in the EU who want their countries out of the bloc were supportive of Mr Hofer ahead of elections they will face next year. Both far-right National Front leader Marine Le Pen of France and anti-immigrant politician Geert Wilders in the Netherlands tweeted their support.