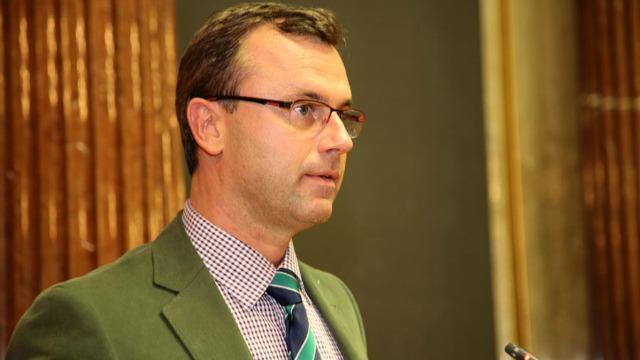 According to projections, Hofer – of Austria’s Freedom Party (FPO) – lost by a 53%-47% margin to Alexander Van der Bellen – a Green Party politician who ran as an independent. In May, the 72-year-old Van der Bellen beat the 45-year-old Hofer by less than one percentage point, but the result was challenged in court and annulled, setting the stage for Sunday’s do-over.

“Austria has just passed a difficult test,” the Conference of European Rabbis said in a statement. “Let’s hope that the results in Austria will strengthen political forces in Europe which are committed to combat racism, antisemitism and xenophobia.”

Dr. Moshe Kantor – president of the European Jewish Congress – said in a statement, “We join democrats and all right-minded people in Austria and across Europe in breathing a sigh of relief that the first openly racist and xenophobic head of state was not elected on our continent. This would not just have been a disaster for Austria but also for Europe, as it might have given a strong tailwind for other similar extremists across the continent, like the National Front leader Marine Le Pen who is competing in the upcoming French presidential elections.”

Kantor continued: “We hope that this creates momentum for mainstream and decent politicians to start to fight back against those who are using recent economic and social upheavals to push their intolerant agenda.”

Hofer campaigned against open borders and the “Islamization” of Europe. His party has denied links to the neo-Nazi movement.

According to the European Jewish Congress, approximately 15,000 Jews currently live in Austria – mostly in Vienna, the country’s capital.

The role of president in Austria is largely ceremonial. Elections for the position are held every six years.