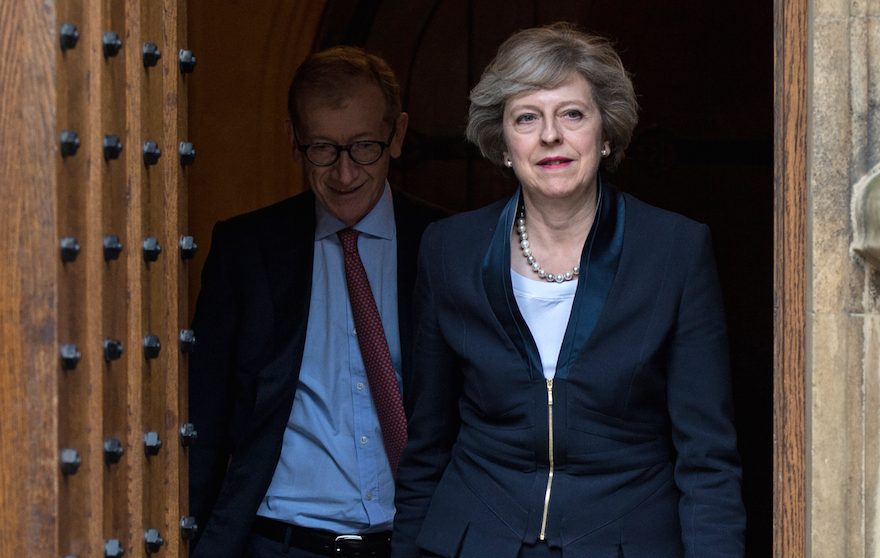 The British government is set to adopt a definition of anti-Semitism that includes calling Israel an inherently racist country and making comparisons between Israel and Nazi Germany.

Prime Minister Theresa May agreed to adopt the definition that was introduced recently by the International Holocaust Remembrance Alliance, The Jewish Chronicle reported on Monday.

The definition adopted by the alliance, an intergovernmental agency of 31 Western nations, says anti-Semitism “might include the targeting of the State of Israel, conceived as a Jewish collectivity”, though “criticism of Israel similar to that levelled against any other country cannot be regarded as anti-Semitic.”

The examples section of the definition includes classic forms of Jew hatred such as “stereotypical allegations about Jews as such” and spreading conspiracy theories about Jews, as well as calls to harm Jews.

The definition mentions Israel eight times, listing as examples behaviours such as “claiming that the existence of a State of Israel is a racist endeavour” and “applying double standards by requiring of it [Israel] a behaviour not expected or demanded of any other democratic nation”. Comparing Israel to Nazi Germany is also listed, along with “accusing the Jews as a people, or Israel as a state, of inventing or exaggerating the Holocaust”.

Moshe Kantor, president of the European Jewish Congress, in a statement said the adoption of the definition in Britain would fix “the absurd situation whereby anti-Semitism is defined by the perpetrators [and] not by the victims, which makes it unique among all definitions of racism and xenophobia”.

From now on, he added, the “perpetrators of anti-Semitism will be given clear red lines that they are not to cross and this is a very important development. We applaud and welcome this decision and call on other European states to follow suit.”

The impending adoption of the definition follows intense media scrutiny of the phenomenon in Britain, following what was widely perceived as expressions of anti-Semitism by senior members of the Labour Party, including by former London mayor Ken Livingstone. He was suspended from Labour for his remarks.