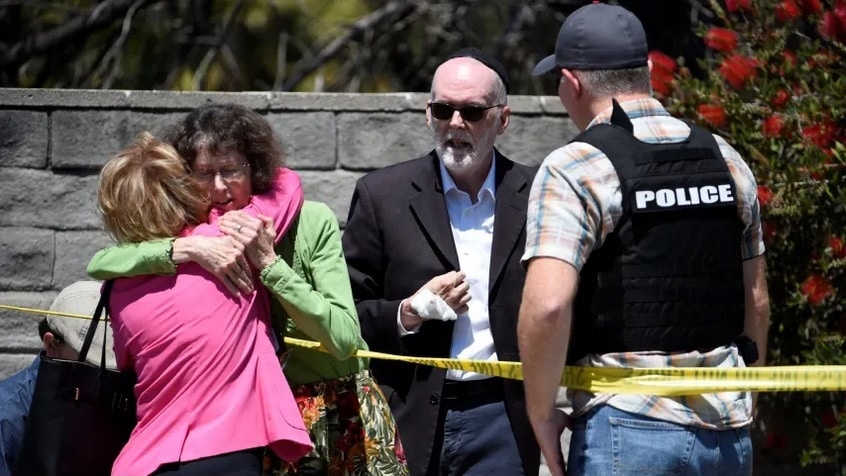 More Jews were murdered around the world in 2018 than in any other year over the past several decades, according to a report published Wednesday by Tel Aviv University’s Kantor Center.

The report, compiled together with the European Jewish Congress, also found a rise in the number of anti-Semitic incidents defined by the Kantor Center as violent and severe – 387 in 2018. A 13 percent rise compared to the previous year.

The violent incidents counted in the report include vandalism, threats, arson and usage of weapon. At least 138 people were attacked due to an anti-Semitic motives in 2018 worldwide, and 104 cases of damage to private properties have been reported.

“Anti-Semitism peaked recently in a manner that casts doubt on the very existence of Jews in many parts of the world,” Dr. Moshe Kantor, president of the Jewish European Congress, was quoted as saying in a press release.

“As we have seen following the second mass shooting incident at a U.S. synagogue, many parts of the world are no longer safe for Jews as we thought they were in the past,” he noted. Kantor also added that there is an increasing sense of “emergency among Jews in many countries.”

According to the report, the situation is at its worst in Western European countries, especially in Germany, where an uptick of 70 percent in violent, anti-Semitic incidents was recorded. The country with the highest number of anti-Semitic incidents that were defined as severe is the United States, which, with a Jewish population of 5,700,000 Jews, is home to the largest Jewish population in the world after Israel.

In Eastern Europe, the amount of violent incidents targeting Jews is a lot lower than in the West of the continent, with only several incidents reported in each country there (except for Ukraine, where 12 such incidents were reported).