Antisemitism ‘Calling Into Question Future Of Jewish Life In Europe’ 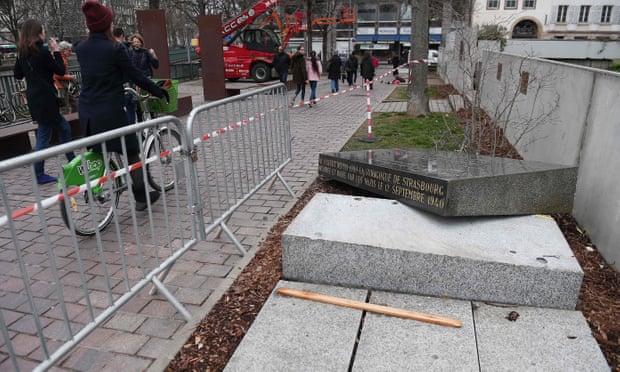 The future of Jewish life in Europe is being called into question by rising antisemitism, according to an analysis of global attacks and abuse.

Jews in many countries around the world feel an “increasing sense of emergency”, said Moshe Kantor, the president of the European Jewish Congress, launching the 2018 Kantor Center report on global antisemitism on Wednesday.

The analysis by the organisation, which represents Jewish communities in Europe, found an increase in 2018 in almost all forms of antisemitism, with the number of major violent incidents rising by 13%, from 342 to 387. The highest number of such cases were in the US (100), the UK (68), and France and Germany (35 each).

A separate report published by the US Jewish activist group the Anti-Defamation League on Tuesday, three days after a shooting at a synagogue near San Diego, found that violent attacks against the Jewish community in the US doubled last year.

The ADL recorded 1,879 antisemitic incidents, including harassment, vandalism and physical assault – a 5% decrease on 2017. However, the 59 victims of physical assault – including 11 people killed in a shooting at the Tree of Life synagogue in Pittsburgh last October – was up from 21 victims the previous year.

The report by the Israel-based Kantor Center for the Study of Contemporary European Jewry said antisemitism was being normalised. It was “no longer an issue confined to the activity of the far-left, far-right and radical Islamists triangle – it has mainstreamed and become an integral part of life,” it said.

In France, the interior ministry recorded 541 acts against Jews in 2018 – an increase of 74% compared with the previous year – according to the report. Eighty-one involved physical violence. In Germany, there was a 70% increase in violent antisemitism.

Speaking in Tel Aviv, Kantor said: “There is an increasing sense of emergency among Jews in many countries around the world. Antisemitism has recently progressed to the point of calling into question the very continuation of Jewish life in Europe.”

He cited a recent report by the EU Fundamental Rights Agency, which said that 38% of European Jews had considered emigrating from Europe because they did not feel safe. “It feels like almost every taboo relating to Jews, Judaism and Jewish life has been broken,” Kantor said.

Among the reasons suggested in the report for the increase in antisemitic activity was generational distance from the Holocaust.

“Almost 75 years after world war two ended, a growing number of the present third generation feel free of the commitment to know, remember and expiate for bygone wrongs. They are free of the burden that cast a shadow on former generations regarding the plight of Jews,” it said.