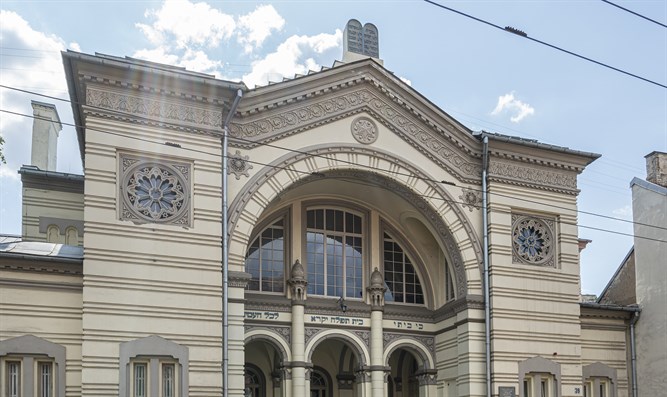 The European Jewish Congress (EJC) has called on the Lithuanian Government to take stronger measures and appropriate action to protect the Jewish community after its leaders made the decision to close its capital city’s sole synagogue and community center following threats and a rise in anti-Semitism.

“It is inconceivable that the Jewish community feels increasingly threatened and is not receiving the requisite security measures to allow it to go about its regular existence,” Dr. Moshe Kantor, President of the EJC said. “We call on the authorities to take all necessary measures to protect the Jewish community, including taking a tougher line against those that threaten it like neo-Nazis.”

The rise in anti-Semitism and threats against the Jewish community comes after the Vilnius municipality decided to remove a memorial plaque for a Lithuanian general killed by the Soviets who was a Nazi sympathizer and rename the street.

“It is vital that those who collaborated with a genocidal regime are not celebrated or commemorated, regardless of whatever else they may have done,” Dr. Kantor continued. “Siding with and supporting a regime responsible for the death of six million Jews, and tens of millions of others, should ensure that person is beyond honor or tribute on any level.”

“There should be no tolerance for hate and anti-Semitism, and we welcome the decision by the Vilnius authorities,” Dr. Kantor continued. “However, the fact that it has ended in the Jewish community shuttering its institutions, including a synagogue, for the first time since the Second World War, should be an extremely ominous sign and should be added motivation for the government and law enforcement agencies to act strongly and adopt a zero-tolerance policy towards anti-Semitism.”