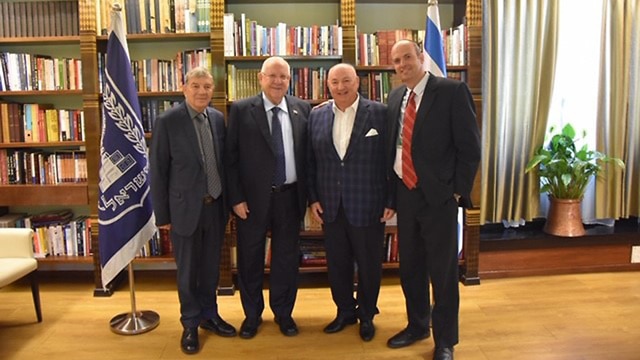 French president Macron, German, Italian and Austrian Presidents have already confirmed attendance; Rivlin: ‘I hope the event leaves a real mark on the struggle against antisemitism’

The event will take place amidst a rise in hateful and violent expressions of antisemitism, especially in Europe. Given this alarming situation, efforts to educate the public about the dangers of antisemitism, racism and xenophobia and foster Holocaust commemoration and research have made this event more crucial and relevant than ever, the Yad Vashem spokesperson Added.

President Reuven Rivlin under who’s patronage the event will be held has invited world leaders to attend what he called a sacred moment of memory and commitment. “I am delighted by the number of responses, that is growing every day,” the president said.

Rivlin added he hopes the event will leave “a real mark on the struggle against antisemitism and for the education of the next generation.”

President of The World Holocaust Forum Foundation, Dr. Moshe Kantor, who is hosting the event with Yad Vashem, said it will provide “a unique opportunity for world leaders to stand up and call ‘enough’ to anti-Semitism.”

Yad Vashem Chairman Avner Shalev said that the universal principles, enacted by the International community in the aftermath of the Second World War, were instituted with the expressed purpose of averting future crimes against humanity.

“The ways in which antisemitism has persisted and proliferated over recent years must be identified, studied and understood” Shalev said, adding it is the responsibility of everyone, and especially of world leaders, to fight antisemitism, racism and xenophobia.