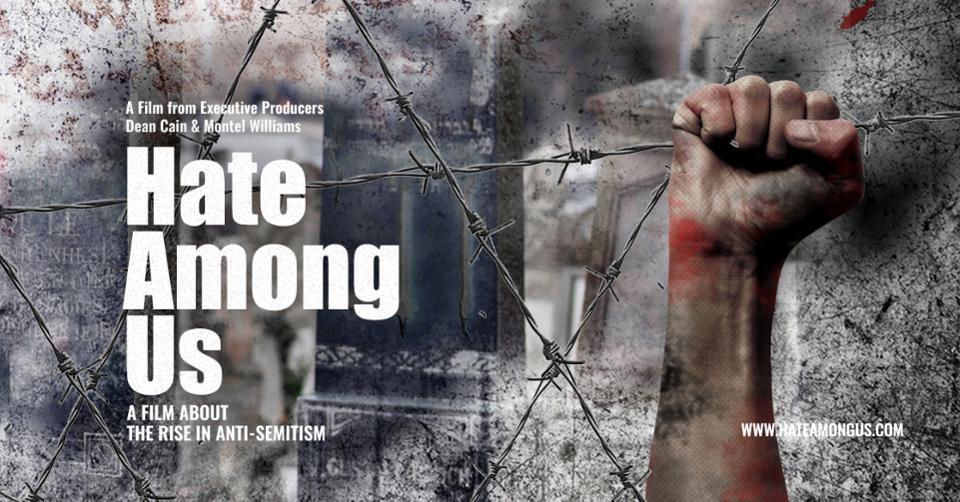 Given the typical roster of Daytime Emmy Award nominated shows announced in May to coincide with the 47th annual telecast – talk, game, court and daytime dramas, in particular – one nominated entry that dares to be different is documentary Hate Among Us from Associated Television International (ATI) and Popstar TV.

From executive producers David McKenzie, Dean Cain, Montel Williams and Sergey Sarkisov, Hate Among Us tracks the origins of hate crimes against members of the Jewish faith; under the leadership of Adolf Hitler to present day; from Europe to the United States and throughout the world; and told from the perspective of individuals of all faiths. Included is travel show personality Laura McKenzie, who is also an executive producer.

The film, which includes interviews with the family members of Mireille Knoll, an 85-year-old Holocaust survivor who was murdered in her Paris apartment in 2018 in an anti-Semitic hate crime, has been nominated for two Daytime Emmy Awards: Outstanding Special Class Special and Outstanding Directing Special Class.

“For Hate Among Us to be recognized by the Emmys is nothing short of extraordinary,” said Dean Cain, who in 2017 also co-executive produced ATI documentary Architects of Denial alongside McKenzie, Williams and Sarkisov. The film shed light on the controversial Armenian Genocide, which is still not fully recognized.

“Our goal in making Hate Among Us was to educate people about anti-Semitism,” noted Cain. “And by shining a light on the issue, we can hopefully finally put an end to it.”

“After the broadcast of our TV Special Architects of Denial, the response from the community about this inhumanity proves that this topic is very important to many people as well as being very relevant,” said Sergey Sarkisov. Mr. Sarkisov is the first Armenian citizen ever to be nominated as executive producer of a program for the Daytime Emmys.

“I do believe that Hate Among Us contributes to the proper understanding and empathy that any kind of national, racial or religious hate continues to be an existing danger, and every human, including humanity itself, can be a target,” he said.

“If anything, this validates that people care about the real issues that are impacting the human race,” added Montel Williams. “And what I think this film does is to utilize anti-Semitism as a way to show the rise in hate in every direction in this country, and in the world right now. Just look what is going on at this very moment in the wake of the killing of George Floyd.”

This year’s Daytime Emmy nominations received more than 2,700 submissions and were judged by a pool of an estimated 1,000 peer professionals from across the TV industry. The special class descriptor in the film’s two nominated categories denotes television programs that do not “fall into other established categories.”

“Thankfully, we have the ability – and the voice – to tackle subjects in our documentary storytelling that can make a positive difference in this world,” said David McKenzie. “We have no intention of stopping until we necessitate change. This ongoing hatred against the Jewish community is irrational, it is dangerous, it is alarming, it is growing, and it needs to stop right here and now. We are thankful people are seeing this film, and we are honored to be recognized by the Emmy votes.”

“Since the beginning of the COVID-19 pandemic, there has been a significant rise in accusations that Jews, as individuals and as a collective, are behind the spread of the virus or are directly profiting from it,” said Moshe Kantor, president of the European Jewish Congress in in conjunction with the report’s release, according to Reuters. “The language and imagery used clearly identifies a revival of the mediaeval ‘blood libels’ when Jews were accused of spreading disease, poisoning wells or controlling economies.”

“We have been struggling with this pandemic, which seems like a once in a century challenge. But, in reality, this is revealing timeless trends of prejudice and hate,” said the Anti-Defamation League (ADL) CEO Jonathan Greenblatt during a segment in April on WNET newsmagazine MetroFocus. “At the ADL we have been fighting all forms of bigotry for more than 100 years and we’ve been particularly struck by how, since the earliest reports of the virus, there have been stories circulating online and off blaming the Jewish people, or sometimes even the Jewish state, for either creating the virus or trying to profit from it.”

In 2019, incidents against the Jewish community – violent, visual or verbal – were already documented at an 18 percent increase from one year earlier.

“This is indicative of how we as a society have allowed this hate to fester the way it has,” noted Montel Williams. “Way back when, every nation on the planet cried out never again after they found out what the German Reich did. Yet, they are not crying out right now when incidents happen that prove that we are only one tyrannical leader away from another Holocaust. So, we stop this by making people look at documentaries like Hate Among Us. And we stop this when more documentarians step up to the plate and show all the hate among us, and show that the haters are really outnumbered by those who feel differently. And those who feel differently need to step up and start speaking out.”

“The only way to make our planet better is by educating our children and no child is born into the world with hate. They learn hate,” noted Mike Tankel, partner/optimist at marketing and development firm To Be Continued. “So, the importance of Hate Among Us and the need for people to see it is pivotal. Our children are glued to the screen as it is. And now they are now using it for educational purposes. If we can use that screen to make a positive difference through a film like this, all the better. It is a step in a very important direction.”

The live ceremony for The 47th Annual Daytime Emmy Awards has been canceled due to COVID-19. CBS will air a virtual two-hour special presenting the winners on Friday, June 26 from 8-10 p.m. ET, with the recipients and the winners calling in from home. This will be the first time since 2011 that the awards are shown on a broadcast network since being streamed online.