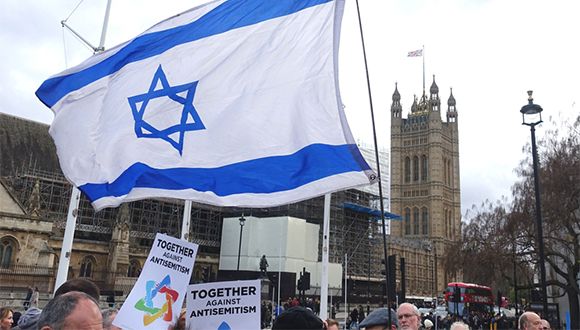 Despite the efforts that have been done, social networks haven’t officially adopted yet a clear policy regarding racism and antisemitism, which gives platform to numerous antisemitic posts in the name of the freedom of speech. It should be noted that up until now, around 40 countries and many organization adopted the Working Definition of Antisemitism.

According to the IHRA’s definition: “Antisemitism is a certain perception of Jews, which may be expressed as hatred toward Jews. Rhetorical and physical manifestations of antisemitism are directed toward Jewish or non-Jewish individuals and/or their property, toward Jewish community institutions and religious facilities.”

Prof. Dina Porat, Head of Kantor Center, who was among those who formulated the international definition, emphasizes that in the last few months, especially in light of the Covid-19 pandemic, there’s a spike in blatant antisemitic statements on social networks worldwide. According to her, most of the incitement on social networks comes from extremist organizations, which turn the ‘freedom of speech’ to ‘freedom of incitement’. “We see antisemitic expressions even among young people who post offensive posts on social networks and spread them to various user communities worldwide. Unfortunately, social networks that do not block or remove offensive posts, are giving a platform to those dangerous sayings, even without meaning it.”

Prof. Port adds: “The IHRA Definition has become a yard stick, a declaration of values: Those who join its adoption are committed to countering of antisemitism, and of other parallel evils. It’s high time that the major social networks, Facebook first and foremost, use the IHRA definition as a criteria to identify antisemitic expressions, and uproot them immediately, thus exercising their responsibility to help create a world better than the one we are living in.”