Five Jews Who Made A Splash in Israel in 5780 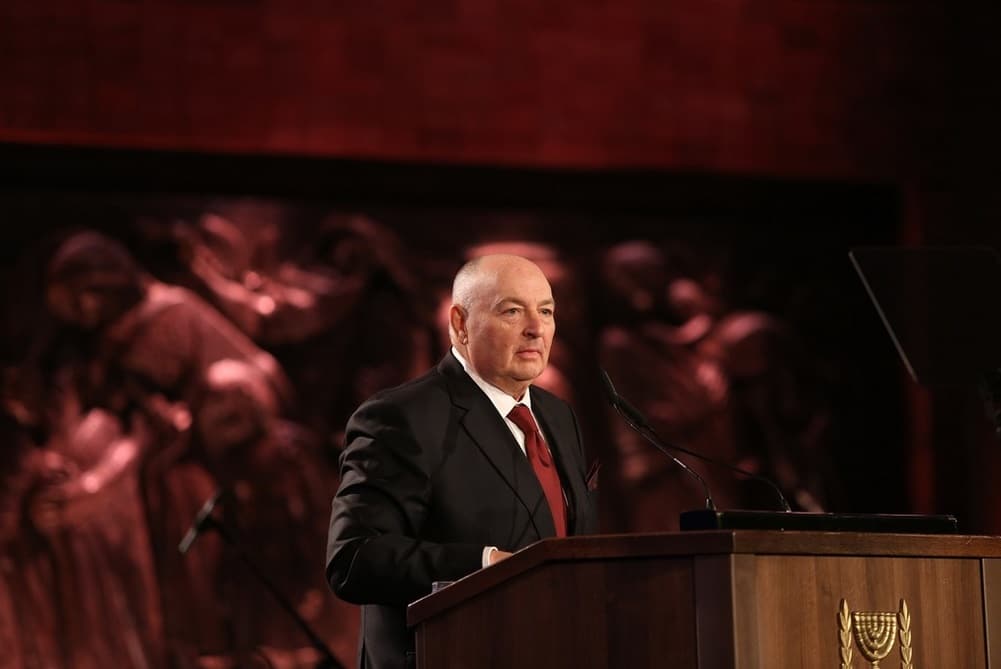 From changing the face of the Middle East to building a world-class cycling team, redefining our social media to recruiting world leaders in the fight against anti-Semitism – these five men have made an undeniable impact on Israeli life over the past 12 months

Interesting fact: Kushner did not like the way the American media covered his family – so he bought a newspaper for $10 million.

The man who managed to divert attention from the coronavirus crisis and the fire from Benjamin Netanyahu even for a few hours, due to the formulation of an historic peace agreement between Israel and the United Arab Emirates and Bahrain – and his hand is still on the wheel.

Even before that, he was considered the architect of the U.S. “deal of the century” for peace between Israel and the Palestinians, and in fact, is the man who largely shapes our political destiny.

For example, according to reports, he is the one who gives instructions to U.S. Ambassador to Israel David Friedman and decided that Israel’s annexation of West Bank territory will not take place in the foreseeable future. He is also involved in deciding which American weapons systems to sell and to whom.

An independent businessman who as a son-in-law shares Friday night dinners with U.S. President Donald Trump, Kushner has all the right economic-government connections – and has his own personal money interests, of course.

“I believe that all Arab countries can normalize relations with Israel, and that will happen one day,” he said after meeting with Saudi Crown Prince Mohammed bin Salman, whose country is another candidate for normalization with Israel.

“Many countries look with appreciation and envy at the UAE move. Many people are interested in access to technological and other resources in Israel. Normalizing relations will make the Middle East a stronger and more stable place.”

On another occasion he said: “Israel has shown a real desire to reach peace by agreeing to a Palestinian state and also to a map drawn by the president that sets future borders. Israel’s move to annex areas of the West Bank containing large numbers of settlers, which will realistically never be returned [to the Palestinians] has upset a lot of people in the region. Trump has managed to use this uncertainty to mediate this great deal between Netanyahu and [UAE leader Mohammed] bin Zayed.”

Interesting fact: As a physicist, he developed a satellite reflector that can reflect light with twice the intensity of the moon.

Kantor is the man responsible for the biggest event of the year in Israel, at least until the pandemic broke out, the Fifth World Holocaust Forum, held at Yad Vashem in Jerusalem.

It was the largest diplomatic event in the country’s history: against the background of rising anti-Semitism in the world and marking the 75th anniversary of the liberation of the Auschwitz death camp, some 50 heads of state and leaders from around the world arrived in Israel, including French President Emmanuel Macron, German President Frank-Walter Steinmeier, U.S. Vice President Mike Pence, Russian President Vladimir Putin and Britain’s Prince Charles.

Ahead of the Forum, which was held in cooperation with President Reuven Rivlin and Yad Vashem Holocaust Museum, Dr. Kantor explained that the commitment to fight anti-Semitism should be an international one and not just Jewish. He called for a global coalition of leaders who could send a message that would resonate around the world – that anti-Semitism is not acceptable in modern society.

In their speeches at the event, the leaders warned of the dangers of anti-Semitism and pledged to fight it and intolerance, as well as promising to preserve the memory of the Holocaust.

As president of the European Jewish Congress and founder and president of the World Holocaust Forum Foundation, Dr. Kantor has been at the forefront of the fight against anti-Semitism for the past 15 years.

In his role as a Jewish leader during one of the most turbulent periods in modern Jewish history, he has worked to preserve Jewish life in the Diaspora, to protect European Jewry and strengthen its position on the global Jewish map.

Kantor summed up the event thusly: “We have succeeded in putting the importance of the fight against anti-Semitism on the world agenda. The next step must be a coordinated and well-designed international plan of action.”

Since the outbreak of the Coronavirus crisis, there has been a significant increase in anti-Semitic attacks around the world, including the unprecedented resurgence of blood libels.

This rise is reflected on social networks, with the increasing use of social media, as well in politics and the media. This development, in parallel with dealing with the social and economic consequences of the crisis, increases the need to address the rise of populism, hatred and extremism.

Interesting fact: For years Zuckerberg defined himself as an atheist, but in the last year he has said that he had begun to become closer to Judaism once again.

The last Jewish year did not start well for Zuckerberg. In October 2019, during the High Holiday season, he was summoned to appear at the U.S. Congress as part of a hearing by the House Financial Services Committee regarding libra, the crypto-currency his company was about to issue.

Members of Congress took the opportunity to attack the Facebook founder on other issues on the agenda – from targeted advertising, through interference in election campaigns, blocking competition, content monitoring and terms of employment of contracted workers.

The committee members attacked the limited freedom of expression on the social network and wondered aloud if Zuckerberg, a 35-year-old man who holds information on 2.7 billion people, could be trusted while his company’s policies on political issues and censorship of information were unclear, and sometimes even ranged from alarming indifference to contempt.

The Congressional attack continued in other arenas and Zuckerberg became a popular target as enemy of the people. In November 2019, he came under harsh criticism from British Jewish actor Sasha Baron Cohen.

In a scathing speech at a conference of the Anti-Defamation League, Cohen sharply criticized the conduct of the major social networks, and in particular Facebook and its founder, whom he said allowed the spread of lies and hate speech.

“Democracy, which depends on shared truths, is in retreat, and autocracy, which depends on shared lies, is on the march,” Cohen warned. “What do all these dangerous trends have in common? … All this hate and violence is being facilitated by a handful of internet companies that amount to the greatest propaganda machine in history… Facebook, YouTube and Google, Twitter and others – they reach billions of people. The algorithms these platforms depend on deliberately amplify the type of content that keeps users engaged – stories that appeal to our baser instincts and that trigger outrage and fear.”

This is also why Zuckerberg is on our list. In the last three election campaigns in Israel in the past year, social networks, most notably the Zuckerberg-owned Facebook, Instagram and WhatsApp, have been a significant tool for disseminating information and campaigns, but also for unprecedented dissemination of misinformation, “fake news” that dramatically affected Israeli discourse and perhaps even voting patterns in elections.

Sylvan Adams, the son of Holocaust survivors, is probably the least known man on this list. But he is also one of the people who most influences Israeli sports, and more than that – its sports culture.

He established Israel’s first Velodrome in Hadar Yosef, brought the Giro d’Italia to Israel about two years ago, and together with Ron Bar-On promoted the “Start Up Nation,” the best group of cyclists in Israel to compete in the world’s leading races, including an historic Tour de France appearance.

The last Jewish year will be remembered as one in which Adams, a Canadian billionaire who made aliyah, signed Chris Froome, one of the greatest cyclists in history and a four-time Tour de France champion, in order to stake Israel’s claim as a world-leader in the sport.

He also did not hesitate to say that “the Tourism Ministry should name me as deputy minister, because these projects bring attention to the country and promote tourism.”

Prime Minister Benjamin Netanyahu at the White House after signing agreements with the UAE and Bahrain (Photo: Reuters)

And above all of these talented people, there is one Jew who, for better or worse, has impacted on every aspect of our lives for a decade, and more so in the past year: Prime Minister Benjamin Netanyahu.

Three election campaigns, two waves of coronavirus and one agreement with two Arab countries – it seems that there was no conversation in Israel this year that did not include Netanyahu’s name.

Or as Israeli journalist Amit Segal said as he summed up the attitude towards the prime minister: Netanyahu is like coriander. Some people like it and some people don’t, but everyone has an opinion.