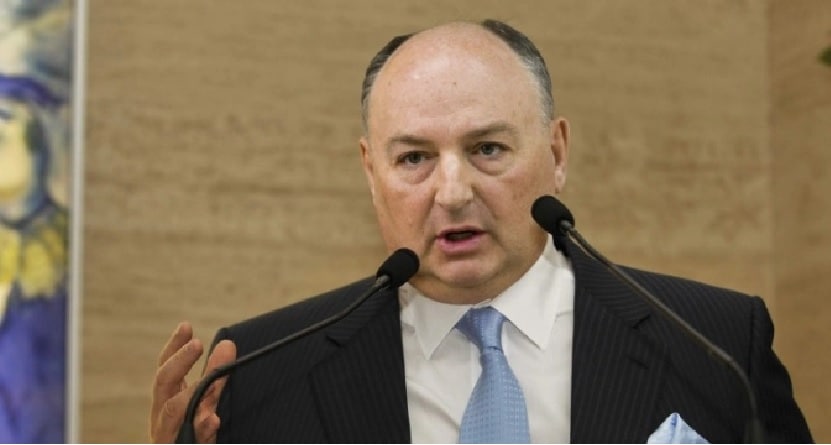 The president of one of Europe’s top Jewish organizations called on Monday for European Union member states to ensure Holocaust survivors are vaccinated for the coronavirus as soon as possible.

At a virtual International Holocaust Remembrance Day event co-hosted by the European Commission and the European Jewish Congress (EJC), Dr. Moshe Kantor, president of the EJC, said, “We have all been lost during the current pandemic, but the survivors of the Holocaust even more so.”

“Throughout their lives, they have shown mighty strength of spirit,” he said, “but in the current crisis, many have sadly died alone and in pain, or are now fighting for their lives, and many others are suffering from extreme isolation.”

“We have a duty to survivors to ensure that they are able to live their last years in dignity, without fear, and in the company of their loved ones,” he asserted.

“Therefore, I call on European leaders to ensure that Holocaust survivors have access as soon as possible to a safe and effective vaccination and with the highest priority,” Kantor said.

Israel’s Ministry of Diaspora Affairs announced on January 12 that it was launching a campaign to vaccinate all the world’s Holocaust survivors.

Diaspora Affairs Minister Omer Yankelevich reached an agreement with the Shalom Corps youth organization to spearhead the effort with the help of the Jewish Agency.

“During a severe global crisis amid the coronavirus pandemic, we have an opportunity to contribute something, and not something small, to the Holocaust survivors who endured the Nazi extermination, and because of their bravery, managed to keep Judaism going,” said Yankelevich.

“We have the merit of being able to provide them with protection from the coronavirus,” he said.

The initiative caused controversy, however, with strong disapproval from the Jewish Agency over potential interference with the internal affairs of other countries, Israeli daily Haaretz reported.

One source in the Jewish Agency described such interference as “unfeasible, illegal, immoral, diplomatically disastrous, and an absolute impossibility.”

In the United States, efforts to reach Holocaust survivors have been seen at the local level, such as a partnership between a hospital system and a Jewish center in the Miami, Florida area.

On Saturday, Phoenix, Arizona news station 3TV/CBS 5 reported on an initiative from the Phoenix Holocaust Association and the state’s health department that is bringing the vaccine to local survivors.