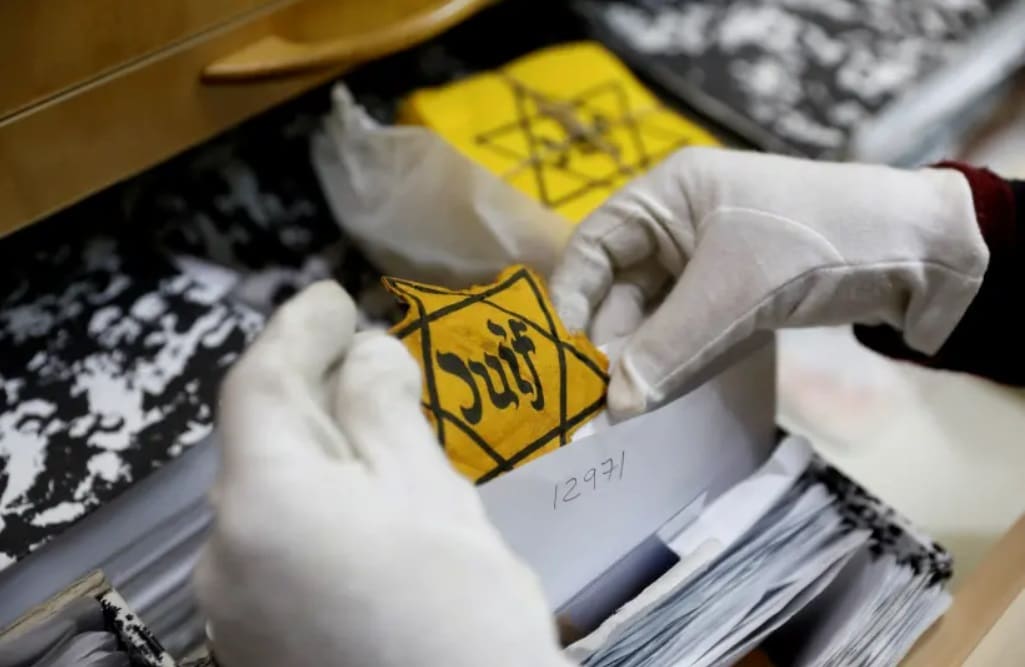 This year especially, our hearts go out to the families of the survivors who died in the past 12 months, to those who are sick and to those who need help

As we commemorate International Holocaust Remembrance Day today, it is our duty to remember both the Nazi atrocities and their victims, to honor and care for the survivors who remain with us and renew our pledge to fight antisemitism as it once again rears its ugly head across the globe, exacerbated by the spread of COVID-19.

The United Nations adopted a resolution in 2005 to observe International Holocaust Remembrance Day on January 27, the date in 1945 when the Auschwitz-Birkenau death camps were liberated by the Red Army.

This year especially, our hearts go out to the families of the survivors who died in the past 12 months, to those who are sick and to those who need help. We also support the call by European Jewish Congress president Moshe Kantor for European states – as well as countries around the world – to ensure that all survivors have access to COVID-19 vaccines.

“We have all been lost during the current pandemic, but the survivors of the Holocaust even more so,” Kantor said at an event cohosted by the European Commission and the EJC. “Throughout their lives, they have shown mighty strength of spirit, but in the current crisis, many have sadly died alone and in pain, or are now fighting for their lives, and many others are suffering from extreme isolation.”

Kantor also spoke about how during the pandemic, extremism and antisemitism have spread globally. “As we pay tribute to the victims of the biggest tragedy in history, we must not forget the fundamental lesson that in times of crisis, extremism can rise rapidly,” he said. “The pandemic has created the social conditions where antisemitism and extremism thrive.”

European Commission Vice President Margaritis Schinas noted during the event that due to the pandemic, we have all been asked to find new forms of remembrance that do not involve public gatherings. “It is a painful reminder of how incredible a privilege it is for our generation to be able to listen to the first-hand accounts of those who directly experienced the tragedy of the Holocaust,” Schinas said. “We have a duty to listen, to remember, but also, a duty to act decisively against antisemitism in its contemporary forms.”

UN Secretary-General António Guterres said Monday that because the pandemic had led to rising antisemitism, “The world must remain vigilant against this persistent form of racism and religious persecution.”

Speaking at an online event, Guterres said although antisemitism found its most horrific expression in the Holocaust, it did not end there and continues to blight the world today.

“It is sad, but not surprising, that the COVID-19 pandemic has triggered yet another eruption of this poisonous ideology. We can never let down our guard,” he said. “In Europe, the United States and elsewhere, white supremacists are organizing and recruiting across borders, flaunting the symbols and tropes of the Nazis and their murderous ambitions.”

The rise in hatred and antisemitism, Guterres said, must be seen in the context of a global attack on truth, and as the number of Holocaust survivors diminishes every year. Guterres concluded, “We must make ever greater efforts to elevate the truth and ensure that it lives on.”

We applaud the secretary-general for his remarks, and support his call for coordinated global action to counter the growth and spread of neo-Nazism, white supremacy and antisemitism, and to fight propaganda and disinformation.

“History shows that those who undermine truth ultimately undermine themselves,” the UN chief noted. “The only way out of the COVID-19 pandemic is through science and fact-based analysis. The production of vaccines in record time is testimony to the effectiveness of this approach.

There is no vaccine for antisemitism and xenophobia, but our best weapon remains the truth.”

The truth is that six million Jews – about two-thirds of Europe’s Jewish population – perished during the Holocaust, 1.1 million of them at Auschwitz. Today, an estimated 400,000 survivors are still living, almost half of them in Israel. As we stand alone but together today, let us declare in unison, “We remember!”

The Saddest of Anniversaries: 76 Years After Auschwitz Was Liberated, Thousands Around the World Mark the Day in Private as Covid-19 Prevents the Usual...

0
The world is marking Holocaust Memorial Day in the midst of the pandemic today as memorial events take place online and vulnerable survivors shield...
Read more