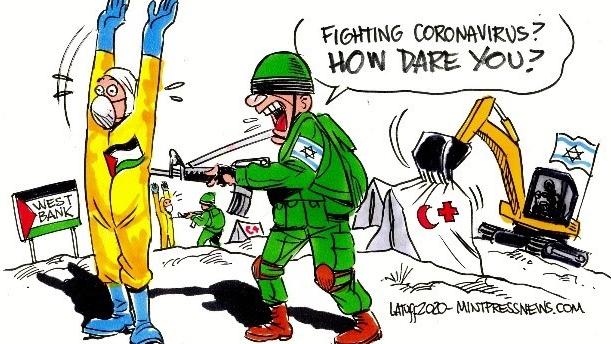 Last year’s global pandemic led to a major sea-change in the nature of world-wide antisemitism, according to a report issued this week.

The Kantor Centre for the Study of Contemporary European Jewry at Tel Aviv University said that there were clear “contradictory trends” on display in 2020. While there was a decrease in physical violence and encounters between Jews and violent antisemites, its annual report said, thousands of testimonies worldwide indicated a worrying rise in conspiracy theories and accusations against Jews, not least in claiming that Jews and/or Israel were in some way responsible for the pandemic.

Dr Moshe Kantor, president of the European Jewish Congress, said: “In a year of physical restrictions, it is obvious that physical attacks should decrease. During times of social crises, Jews are always scapegoated and targeted and we have seen this throughout the Covid cycle. Jews have been blamed for the virus and the cure, and the restrictions and vaccines have been inappropriately compared with the Holocaust, which minimises and diminishes the murder of six-million Jews. We hope that what we are witnessing is not the calm before the ‘perfect storm’ of Jew hatred in the years ahead.”

Dr Kantor added: “Blaming the Jews and Israelis for developing and spreading the coronavirus (or ‘Judeovirus’) is a graver accusation than any previously made against Jews throughout history: as the pandemic began to spread across the globe, it was immediately followed by accusations that the virus had been developed and was being spread by Jews and Israelis: they are the ones who would find a cure and vaccine for the disease, selling it to the ailing world and making a huge profit. Over the following months this libel spread rapidly”.

At a press conference in Tel Aviv on Wednesday to launch the report, Dr Kantor said that part of the trend was a rise in protest movements against vaccines, “filled with far-right elements”, presenting a serious security threat, together with a worrying growth of “extremists” joining the police or the military and gaining access weapons and training.

The report shows that in 2020, the total worldwide number of violent antisemitic events decreased from 456 (2019) to 371 (2020). At the same time a 20 per cent increase was observed in desecrations of synagogues, graveyards and Holocaust memorials (which were closed or unguarded due to the lockdown and therefore easy prey for antisemitic vandalism). In addition, the report said, “new phenomena developed on the internet, such as zoom bombing and the darknet, which are difficult to quantify”.

The outgoing head of the Kantor Centre, Professor Dina Porat, said: “The coronavirus pandemic and the resulting reality dictated both the nature and extent of antisemitism in 2020, which was an unusually tense and turbulent year all over the world. Prejudice, superstition, primordial emotions, and bizarre theories surfaced on the scene, and manifestations of antisemitism, both verbal and visual, were vicious and outrageous.”

Nevertheless, the report noted a “significant decline” in antisemitic incidents in Australia, the UK and France, due to the tight lockdowns.

But because people were staying at home, antisemitic discourse on social media increased significantly, the report says, “characterised by aggressiveness and verbal abuse…When zoom became a major means of communication, a phenomenon called zoom-bombing emerged – breaking into zoom conferences of synagogues, Jewish community centres and Jewish students, disrupting the meetings and using the platform to display swastikas, antisemitic presentations or speeches, etc. In the US alone 200 cases of Zoom bombing were registered”.

Vaccine opponents “equated the restrictions and lockdowns for containing the pandemic with policies of the Nazi regime accusing the establishment and governments in various countries of applying means of coercion: lockdowns were compared to incarceration in ghettos and concentration camps; vaccines were described as  medical experiments; certificates granting privileges after vaccination were seen as the infamous ‘selection’ procedure in Nazi death camps; antivaxxers felt that they were as undesirable and persecuted as the Jews had been; the epitaph on the gate to Auschwitz served as a source for the new slogan ‘Vaccination liberates’; and so on.

“In Germany, where opposition to the vaccines is particularly strong, demonstrators wore a yellow star on their clothes, with the word ‘unvaccinated’ replacing the word ‘’Jew’ and called Chancellor Merkel a Nazi”.

It did not help, either, that those at the forefront of the development of vaccines were people such as Tal Zaks, chief medical officer at Moderna, or Pfizer chief executive Albert Bourla, reinforcing the accusations: “Israelis and Jews join hands so that Israel may be first to recover from the pandemic, while the rest of the world stands in line and begs the Jews for help”.

In more positive developments, however, Dr Kantor said that a major security project of the European Jewish Congress to protect religious minorities across the continent was going to be funded by the European Commission.

Meanwhile, a new campaign has been launched for academics worldwide to support the International Holocaust Remembrance Alliance (IHRA) definition of antisemitism. So far more than 350 scholars have signed the new petition, which is being circulated in response to the launch of the largely left-wing-supported Jerusalem Declaration on Antisemitism last week. The lead signature is that of the former Israeli ambassador to Britain, Ron Prosor, who now heads an Israeli think tank, the Abba Etan Institute for International Diplomacy. Among the British signatories are Emeritus Professor Efraim Karsh, King’s College London, Dr David Hirsh of Goldsmiths, University of London, Dr Daniel Allington, of King’s College London, and Professor Reuven Ziegler and Professor Rosa Freedman, both of Reading University Law School.