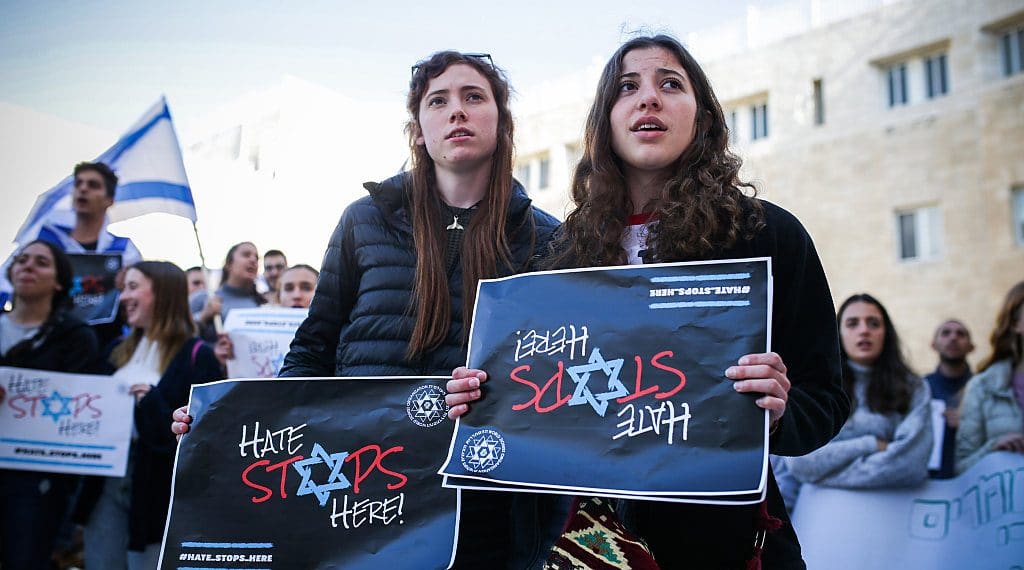 The signatories come from the entire political spectrum with varying political views, unequivocally “united by the urgent need to respond to the rising anti-Semitism worldwide.”

The IHRA definition is the most widely endorsed one of anti-Semitism to date and has been adopted by more than 30 countries. The signatories come from the entire political spectrum, unequivocally “united by the urgent need to respond to the rising anti-Semitism worldwide.”

Among the signatories is Judea Pearl, a professor at the University of California, Los Angeles, and the father of Daniel Pearl, an American journalist for The Wall Street Journal who was kidnapped and later beheaded by Al-Qaida terrorists in Pakistan in 2001.

According to Pearl, “Adopting the IHRA definition of antisemitism is not a perfect cure for Zionophobic hostilities on US campuses. I nevertheless support it as a necessary instrument to jolt college administrators out of their deliberate Inaction.”

Another signatory, Najat al-Saied, an academic from Zayed University in the United Arab Emirates, wrote that “Jews around the world need to know that they are not alone. The Arab states that signed the Abraham Accords and other Arab states are on their side. Combating anti-Semitism needs to be part of our model for development and modernization.”

The now widely adopted working definition states: “Antisemitism is a certain perception of Jews, which may be expressed as hatred toward Jews. Rhetorical and physical manifestations of antisemitism are directed toward Jewish or non-Jewish individuals and/or their property, toward Jewish community institutions and religious facilities.”

Importantly, according to the signatories, the IHRA working definition “recognizes that contemporary antiדemitism is often directed against the State of Israel,” focusing “obsessively on Zionism,” which anti-Semites seek to “malign and oppose.”

In doing so, the signatories say, this “cannot be understood as anything but an assault on Jewish history, identity and safety.”

“When Israel’s very existence is delegitimized and threatened, when Israelis and Jews are excluded because of their association with the Jewish state, and when anti-Semitic conspiracies and tropes flourish under the guise of anti-Israelism and anti-Zionism, we recognize that this is anti-Semitism,” say the signatories.

The letter also acknowledges that academia remains the backbone of contemporary intellectual discussion and framing of the conversation about anti-Semitism – recognizing that Jewish students, in particular, are on the front lines of this campaign of hatred, violence and intimidation.

“We believe in open dialogue and critical discussion with people of good faith worldwide. However, when Israelis and Jews are threatened, we must speak up,” the letter states.

‘Define that which we are trying to defeat’

The International Legal Forum (ILF), an Israel-based legal network of more than 3,000 lawyers and activists in 30 different countries committed to the fight against anti-Semitism, terror and the delegitimization of Israel in the international legal arena, added its support of the letter.

Arsen Ostrovsky, chair and CEO of ILF, said, “It is imperative in order to defeat this virus of antisemitism and change the narrative, where false claims and malicious distortions of truth are dangerously disguised as acceptable criticism of Zionism and Israel, that we first define that which we are trying to defeat. The IHRA working definition of anti-Semitism offers the best, most widely endorsed and professional means by which to achieve that.”

A new report on antisemitism worldwide – published this week by the Kantor Center for the Study of Contemporary European Jewry at Tel Aviv University’s Faculty of Humanities, in cooperation with the European Jewish Congress – indicates worrying trends.

On the one hand, a decrease was seen in physical violence resulting from the reduced encounters between Jews and violent anti-Semites due to the coronavirus lockdowns over the last year.

On the other hand, accusations against Jews were manifested in a rise in blatant anti-Semitic expressions on the Internet in general and on social networks specifically. In addition, new phenomena developed online, such as “Zoombombing” and an increased presence of white-supremacist and neo-Nazi activity on the dark net, which, according to the report, is difficult to quantify.

Ostrovsky added that “at a time when there is a spate of alternate definitions of antisemitism in a blatant attempt to water down and undermine the fight against this oldest and most enduring of hatreds, as well as its modern manifestation in the assault against Zionism and the State of Israel, it is inspiring to see so many academics and intellectuals from around the world united behind the IHRA working definition as an indispensable tool in identifying and combating antisemitism.”