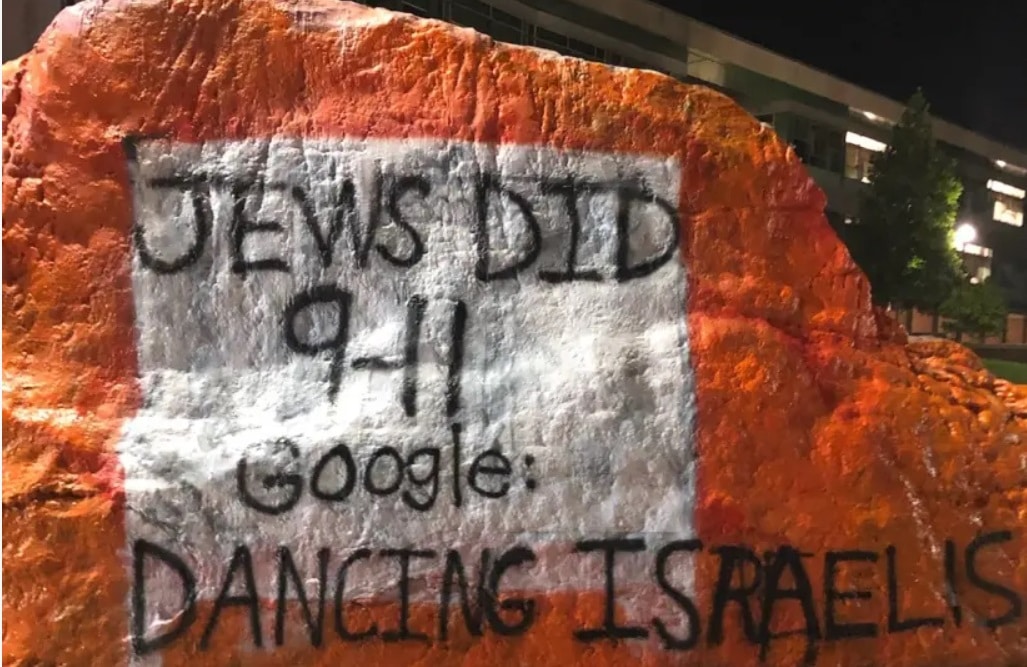 The lockdowns limited personal interactions generally, the authors of the Report on Antisemitism Worldwide said. There were 371 cases of physical assaults last year.

A 19% decrease in the number of antisemitic assaults recorded worldwide in 2020 from the previous year was attributed to lockdowns connected to the COVID-19 pandemic, according to an annual report published Wednesday.

The lockdowns limited personal interactions generally, the authors of the Report on Antisemitism Worldwide said. There were 371 cases of physical assaults last year.

Vandalism, however, increased by 25%. Antisemitic activity against cemeteries and Holocaust monuments rose to 96 incidents “because these sites are open and unprotected,” the report by the Kantor Center at Tel Aviv University said. The prevalence of antisemitic rhetoric increased online, as well, with much of it coming from conspiracy theorists writing or speaking about the pandemic.

Antisemitic vandalism against private property also fell, by 35%, to 84 incidents from 130 in 2019, “because people mostly stayed at home,” deterring would-be perpetrators, the authors said. The report was published ahead of Holocaust Remembrance Day, Israel’s memorial day for the Holocaust, which this year falls on April 8.

Moshe Kantor, the initiator of the Kantor Center and president of the European Jewish Congress, warned in a statement that the pandemic may have further ripple effects on antisemitism.

“We have yet to see the results of a younger generation forced indoors during a protracted period of their formative years, with the closure of educational institutions and employment and entertainment opportunities and exposed in some cases at the click of a switch or the touch of a screen to 24-7 anti-Jewish hate in online forums,” he wrote in a statement about the report.