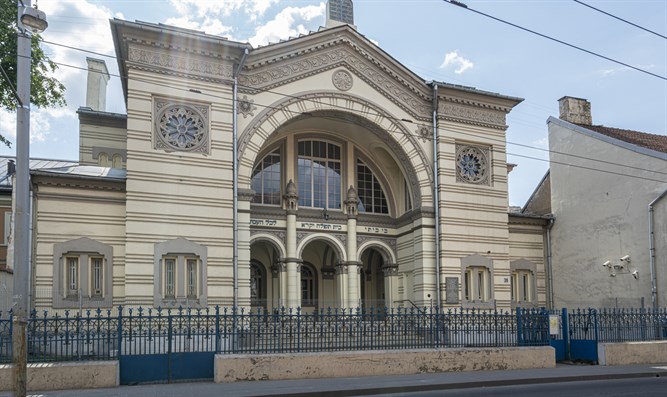 The European Jewish Congress’ (EJC) Security and Crisis Centre (SACC) has been awarded around €3 million ($3,608,055) grant by the European Commission to assist in the protection of houses of worship in Europe.

The award is a result of a partnership with three well-established organizations from the Christian, Muslim and Buddhist communities, the Conference of European Churches, Faith Matters and the European Buddhist Union. The outcome of this partnership is the project ‘Safer and Stronger Communities in Europe (SASCE).

The SASCE project is a multi-layered approach to dramatically increase security in and around places of worship, as well as within and between Christian, Buddhist, Muslim and Jewish communities. It has been awarded by the European Commission’s Internal Security Fund – Police (ISF-P) mechanism.

For the first time, representatives of the four religious communities will be working together on a common project to enhance security, which will be fully funded by the European Commission.

“We are delighted that the European Commission has given a vote of confidence in our SACC model and together with our partners we will see that places of worship in Europe are better safeguarded,” Dr Moshe Kantor, President of the EJC, said.

“Solidarity and cooperation among communities of faith is vital at this point, because an attack on one community is an attack on all communities. As we have seen in the attack on the synagogue of Halle on 9 October 2019, once the perpetrator realized he would not succeed killing Jews, he sought to kill Muslims at a nearby restaurant.”

“Having Muslim, Christian, Buddhist and Jewish communities standing together and sharing best practices for the safety of each other will help build bridges and can make for a more united, peaceful and tolerant Europe.” Dr Kantor added.

As part of this initiative, the four partner organizations will develop tools to strengthen security awareness and crisis management. These tools will be disseminated by a network of ambassadors through trainings and briefings for religious communities, as well as through wider communication campaigns. In addition, as part of a pilot, 1,000 Jewish communal buildings across Europe will be equipped with new technology to increase their protection level.

The project will also strengthen trust and cooperation between civil society and national authorities, facilitating formalized channels of communication between community leadership and public enforcement authorities.

“We hope that this will be the beginning of a long-term process of interfaith cooperation on security, that will have very positive effects for religious communities across the EU,” Dr Kantor concluded.