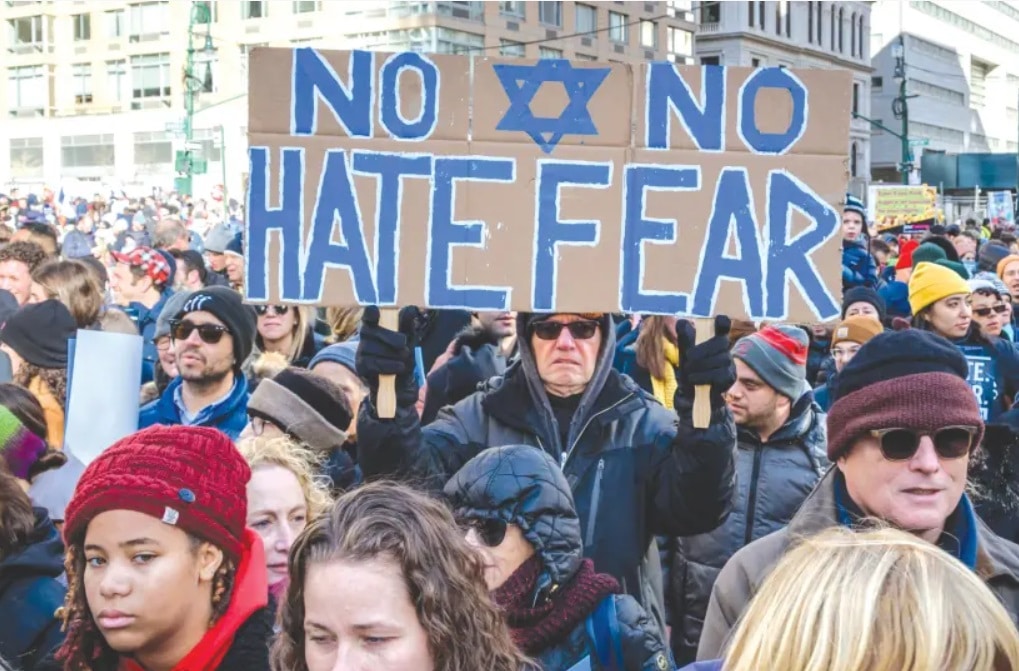 When Hamas and Israel exchanged blows in 2014, it triggered the worst wave of antisemitic violence in Europe since the Holocaust in terms of its prevalence and scope

As the body count in hostilitiesbetween Israelis and Palestinian rises, so do fears that European Jews will be targeted in a phenomenon that many here call “the import of the conflict.”

That’s what happened when Hamas and Israel exchanged blows in 2014, triggering the worst wave of antisemitic violence in Europe since the Holocaust in terms of its prevalence and scope.

That summer, dozens of men, most of them from Muslim background and some of them coming from a large pro-Palestinian rally, besieged a crowded synagogue in Paris. For long minutes, Jewish men held the crowd at bay as the attackers hurled heavy objects at them, including pieces of furniture from a nearby café.

A dozen synagogues, most of them in France, were torched. And in the Paris suburb of Sarcelles, rioters smashed the windows of multiple Jewish-owned businesses, producing an aftermath that for some evoked Kristallnacht, the 1938 pogroms that presaged the Holocaust.

Jews faced attacks, too, when Israel battled Hamas in 2009, and during the intifada that began in 2000, which triggered the first major outbreak of antisemitic violence in Europe in connection with the Israeli-Arab conflict. Hundreds of attacks were documented, including the torching of synagogues.

Already there are signs that the current round of hostilities may be spilling over into Europe. Earlier this week, Israeli flags were torched outside two German synagogues. About 200 people in the city of Gelsenkirchen, in western Germany, marched on Wednesday toward a local synagogue shouting “shitty Jews.” And graffiti including the words “free Palestine” was spray-painted on another synagogue in Spain.

In London, a pro-Israel activist was kicked in the head amid chants of “f***ing Jews” at a small counterdemonstration near a massive rally Tuesday to protest Israel’s military response in Gaza.

So far, the intensity of antisemitic incidents has been low compared to 2014, according to Ophir Revach, who heads the European Jewish Congress’ Security and Crisis Center, which coordinates security policies in European Jewish communities. Revach said he hoped the fact that most Jewish institutions are closed because of the COVID-19 pandemic would mitigate any possible violence, but he worried that people who are visibly Jewish could be at risk.

“We are not advising Jews take off their yarmulkes in public right now or ever,” he said. “Jews should live their lives as they see fit. But there is a risk. There is always a risk. And now there is probably an elevated risk to the people who walk with a yarmulke.”

Some who have watched a pattern play out in the past say they fear what might lie ahead in the coming days.

“The dynamic is as follows: Hostilities begin in Gaza or Judea and Samaria, incitement begins at mosques and online in France, it brews for a few days, then Friday comes, there are prayers at the mosques and the violence is unleashed at a demonstration,” said Sammy Ghozlan, a former police officer in France who now runs a Jewish community watchdog group there, the National Bureau for Vigilance Against Antisemitism. (“Judea and Samaria” is the Israeli government’s term for the West Bank.)

“The critical point to look out for will be Friday, May 14,” Ghozlan said. “If the fighting continues until then, violence against Jews will occur in France, in Europe.”

French authorities, who are battling a wave of Islamist activity that has included attacks on Jewish and non-Jewish targets, appear to share those concerns. On Wednesday, they declined to issue a permit for a demonstration against Israel’s actions in Gaza that was planned for Paris.

It was an unusual move, as the capital city has allowed demonstrations despite an otherwise strict COVID-19 policy that includes curfews, a total shutdown of restaurants and a mask requirement even outdoors.

The events risks “importing the conflict to the national territory in the context of preexisting high tension and may lead to a disturbance of public order,” said Didier Lalement, who heads the Paris Police Prefecture.

Bertrand Heilbronn, a pro-Palestinian activist, was briefly taken into custody on Wednesday night for trying to arrange demonstrations without a permit.

Israel’s actions have received unequivocal support from some European governments, including the Czech Republic, whose prime minister, Andrej Babis, wrote Wednesday on Twitter: “We stand with Israel.” Hungarian Foreign Minister Peter Szijjártó wrote: “We demonstrate our full solidarity with Israel and recognise her right to self-defense.”

Germany’s government spokesperson, Steffen Seibert, in a statement Wednesday said: “Israel has the right to defend itself from these attacks” by Hamas and Gaza militants, whose “aim is to kill indiscriminately” and which “have no justification.” He did not mention Israeli actions.

“I am deeply concerned by the ongoing escalation in the Middle East caused by a lack of political horizon regarding a situation that has gone on for too long. I call on all stakeholders to show the highest restraint,” he said.

Meanwhile, in the United Kingdom, COVID-19 does not appear to be tempering tensions, according to Dave Rich, head of policy at the Community Security Trust, a Jewish watchdog organization.

“If anything it’s the other way around,” he told the Jewish Telegraphic Agency. “People are fed up, and this is giving them an excuse to go out and protest about something.”

On Tuesday, thousands demonstrated in London against Israeli actions – by far the largest protest in Europe to date. Violence broke out – as well as antisemitic chants about the “f***ing Jews” – when counterprotesters unfurled an Israel flag. Pro-Palestinian protesters tried to lunge at the counterdemonstrators, kicking one of them in the head while police were extracting him and other supporters of Israel.

The man who was kicked, Jonathan Hoffman, is a former vice-chair of the Zionist Federation of Britain. He wrote on Facebook afterward that a demonstration in support of Israel on Saturday had been canceled.

“We have decided that for the time being it is too dangerous both for us and the police to be on the streets,” Hoffman wrote.

The clash comes amid concern about antisemitism locally that predates the current conflict.

“We’re seeing the number of antisemitic incidents creeping up, especially online,” Rich said. “Obviously we are concerned that will increase if the conflict in Israel/Gaza continues or escalates further.”