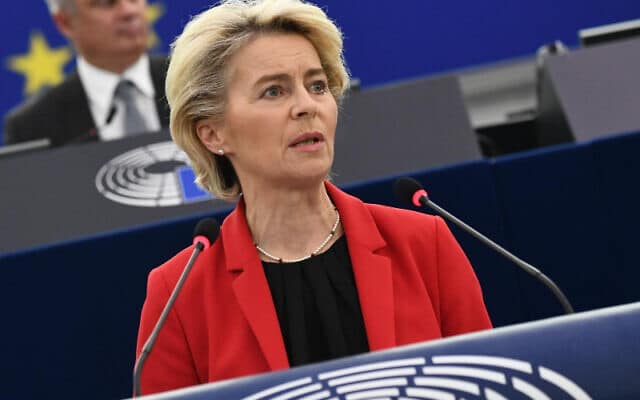 Jewish groups have welcomed the European Commission’s first EU strategy to counter antisemitism, which includes increased security funding and a major push on Holocaust remembrance across the continent.

Commission President Ursula von der Leyen said the bloc was “committing to fostering Jewish life in Europe in all its diversity [and] to seeing Jewish life thriving again in the heart of our communities”. She added the strategy marked “a step change in how we respond to antisemitism”.

Roughly 90 percent of Europe’s Jews feel antisemitism has increased in their country. The Commission said it would “take measures to safeguard Jewish heritage”, with £20 million of new funding for the protection of synagogues and communal buildings, better training for justice and law enforcement, and a European research hub on antisemitism and Jewish life and culture.

“This is an unprecedented and vital document that will act as a roadmap to significantly reduce antisemitism in Europe and beyond,” said European Jewish Congress president Moshe Kantor.

Swedish Prime Minister Stefan Löfven: “Anti-Semitism differs from other forms of racism; is in itself a conspiracy theory based on notions of Jewish powers...
Read more