Prize of €1m Offered in International Competition to Find Ways of Combating Rising Tide of Racism, Antisemitism and Xenophobia 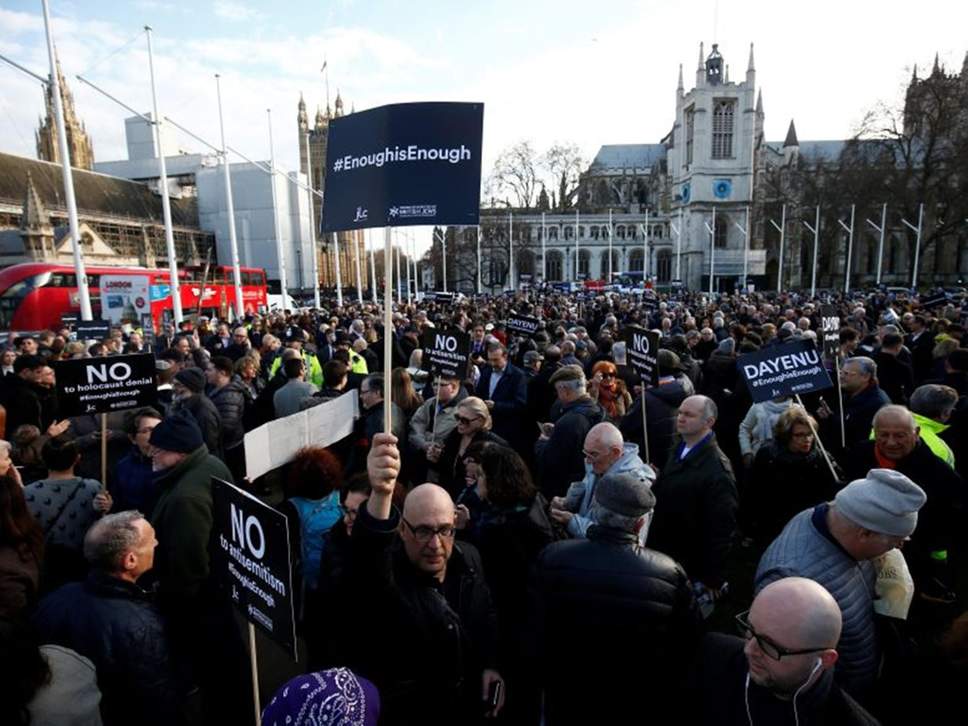 The “alarming rise in racism, antisemitism and xenophobia” in Europe has led a leading international think tank to offer a €1m (£900,000) prize in a competition to find effective and innovative ways to counter intolerance.

The growth of right- and left-wing political extremism and the radicalisation of large numbers of young Muslims is now a clear and present threat to liberal and secular values and needs to be urgently confronted, according to the European Council on Tolerance and Reconciliation (ECTR).

Far-right groups are gaining seats in large numbers in parliaments across the continent, with the Freedom Party now part of the Austrian coalition government. At the same time the Brexit campaign and the election of President Donald Trump in America have shown how propaganda and fake news can be “weaponised”, delegates heard at an ECTR conference in Monaco this month.

Meanwhile in Britain, the Labour Party is mired in bitter accusations and recriminations, with claims that Jeremy Corbyn has turned a blind eye to the spread of antisemitism in the party.

At the launch of the competition, Tony Blair, the ECTR chair, said: “It is essential we don’t sit back and let extremism and intolerance become an accepted part of our public discourse. In all our societies at the moment, there are forces of radicalisation and extremism and these often serve to promote forms of speech that indicate hatred towards those that are different.

“Western liberal democracy has quite rightly always prided itself on its open mind. But if that openness of mind becomes entirely passive, then it can be taken advantage of and turned into something that actually facilitates a closed-minded approach to the world.”

Warning of “the ideology of Islamist extremism”, Mr Blair stated “groups like Isis and al-Qaeda are the latest manifestation of a dangerous strain of totalitarian thinking that rejects and subordinates all universal norms and values to a single, violent, all-encompassing dogma. The groups are driven by a transnational religious-political ideology, and a belief in violent jihad to enforce a return to a perceived Islam of the seventh century.

“Their threat is based on a perversion of religion, that gives its followers the certainty of being “the best” believers and justifying violence against “the rest” – no surprise, then, that they mostly kill other Muslims. Their ambition is the total annihilation of those people, institutions and governments who don’t agree with them.”

In the UK Mr Blair has accused people around Jeremy Corbyn of failing to confront antisemitism in the party with the necessary urgency. He told The Independent that the leader’s close advisers do not “really take [the problem] this seriously”. The former prime minister added: “You need to send a very strong signal that antisemitic behaviour will not be tolerated and people who are engaged in it have no place in the Labour Party and you have got to be very, very clear.”

The €1m ECTR prize is intended to reward “exceptional achievements in research and advanced thinking on secular tolerance”. The entries will be judged by a panel of academic advisers including philosopher John Gray and historian Sir Antony Beevor.

Dr Moshe Kantor, the president of ECTR, said: “Today, from Le Pen’s National Front in France to Jobbik in Hungary, to Golden Dawn in Greece and the Freedom Party in Austria, antisemitism, anti-immigrant and xenophobic parties are on the march, literally and politically. These parties are, in almost every example, rapidly increasing their support nationally and inching ever-disturbingly closer to the hearts of disgruntled supporters who express disdain for the mainstream.

“With this in mind, it is incumbent for Europeans to try to find a way to stop the hateful rhetoric of these parties and their leaders, while maintaining the values of our continent. Decades ago, incitement was delivered in city squares and on marches, today’s invective is far more likely to be delivered online, ensuring that the message is multiplied and disseminated to untold millions. Hate speech and incitement online has a far more powerful and multiplying effect on social networks. We must act against words that cause violence in ways similar to the way we would act against the violence itself.”

Dr Kantor, who is also a member of the European Jewish Congress, also criticised Mr Corbyn over accusations of antisemitism in the Labour Party. “It has been abundantly clear for too long that the Labour leadership under Jeremy Corbyn has at best a massive blind spot when in comes to antisemitism and at worst openly encourages hatred and double standards against Jews,” he said.

John Gray, emeritus professor of European thought at the London School of Economics, wanted to stress: “Throughout much of Europe, centre parties have ceded ground to forces that preach and embody intolerance. In some post-communist countries, the collapse of the centre has been more complete.

“Illiberal democracies – regimes that claim to embody popular will while dismantling protections for individuals and minorities – have emerged in Poland and Hungary. The post-Cold War certainty that liberal democracy would spread throughout the world is yielding to an unexpected and disquieting reality.”