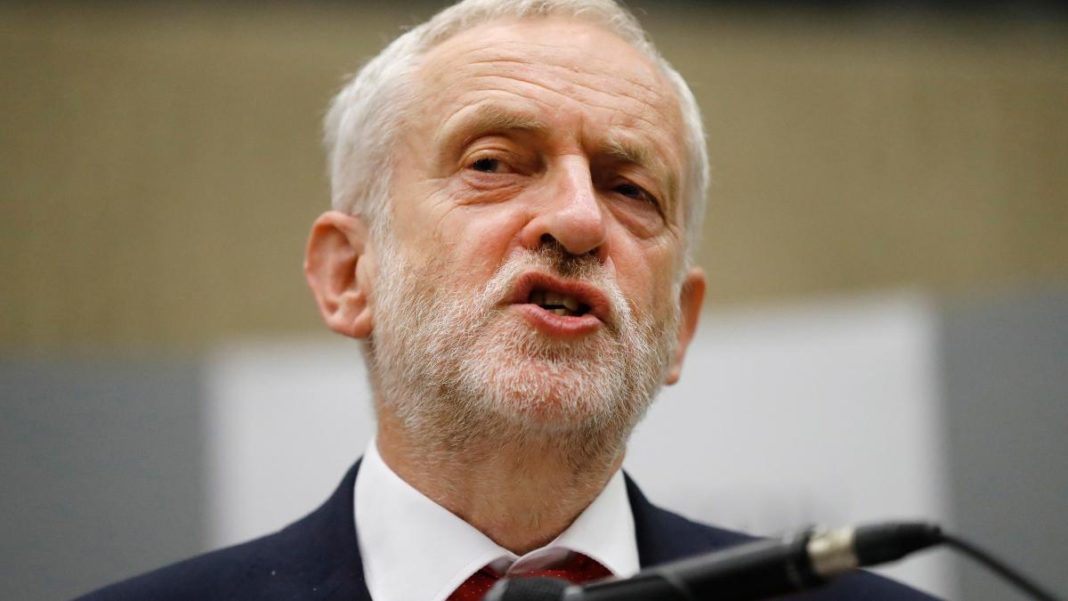 A Labour MP has urged his colleagues to condemn Jeremy Corbyn, and said that the party would “cease to have a reason for existence” if it cannot stand up against discrimination and racism.

John Mann called for all Labour MPs to stand “in solidarity with the Jewish community” in their attack on the party’s leader. He was backed by other senior figures as the backlash against Mr Corbyn’s apparent tolerance of antisemitism grew.

“Jeremy Corbyn has failed to take the correct action,” she said. “It’s taken us to get to this crisis situation where you can hear the voices of the Jewish community in absolute fury and great distress . . . Jeremy has failed to act . . . we’re in a very bad place.”

Wes Streeting, another Labour MP, said: “We should be ashamed it’s come to this.”

Jewish groups, Labour MPs and ordinary party members will take part in in a demonstration against Mr Corbyn outside parliament.

The two most senior Jewish groups in Britain will tell Mr Corbyn that “enough is enough” and hand him a letter in which they accuse him of siding with antisemites “time and time again”.

Speaking on the Today programme on BBC Radio 4 Jonathan Goldstein, chairman of the Jewish Leadership Council, said that Jews were being driven out of party.

“There are no safe spaces online or in meetings for Jewish people within the Labour Party,” he said. “Wherever we go, we are told that we act on the instructions of Israel; that Rothschilds run the world; that Isis is a fake front for Israel; that Zionists are the new Nazis. I’m afraid it is time for actions rather than words. We have had enough of hearing that Jeremy Corbyn opposes antisemitism. We have been reaching out to him and his team but we have been ignored.

“This is the first time in my lifetime that the Jewish community has felt the need to take to the streets to campaign against the leader of a major political party. Rightly or wrongly, Jeremy Corbyn is now the figurehead for an antisemitic political culture based upon obsessive hatred of Israel, conspiracy theories and fake news.”

Jonathan Arkush, president of the Board of Deputies of British Jews, told Good Morning Britain on ITV: “[Jeremy Corbyn]’s fostered a culture in which people feel free to come out with rank antisemitism . . . the political sea, or perhaps I should call it a sewer, in which he swims, is totally polluted by antisemitism.”

Moshe Kantor, president of the European Jewish Congress, said: “For too long antisemitism has been allowed to eat away at the values for which the Labour Party has historically stood for.

“Jeremy Corbyn has systematically failed to take a strong enough line on antisemitism, aligning himself with people and groups that hold openly antisemitic views and seek to spread their offensive messages throughout our society.”

Yesterday Mr Corbyn said that he was sincerely sorry for the pain caused by “pockets” of antisemitism within Labour but avoided making a direct apology. His statement was the third since a 2012 Facebook post surfaced in which, as a Labour backbencher, Mr Corbyn had questioned the removal of a mural in east London which showed Jewish bankers playing Monopoly on the backs of the poor.

After defending the post as a “general comment about the removal of public art on grounds of freedom of speech”, Mr Corbyn said later that he had not seen the mural. He agreed that the mural was antisemitic and expressed his “sincere regret”.

Tom Watson, Labour’s deputy leader, suggested that Mr Corbyn had seen the image “on the move” and Andy McDonald, the shadow transport secretary, said that Mr Corbyn had only glanced at an image of the mural. That did nothing to placate Jewish leaders and MPs. After it became clear that the leader would refuse demands to appear before the the Parliamentary Labour Party, the JLC and Board of Deputies announced the demonstration.

Mr Corbyn then issued a new statement, but there was no personal apology for his apparent defence of the mural. “Labour is an anti-racist party and I utterly condemn antisemitism, which is why as leader of the Labour Party I want to be clear that I will not tolerate any form of antisemitism that exists in and around our movement. We recognise that antisemitism has occurred in pockets within the Labour Party . . . I am sincerely sorry for the pain which has been caused.”

In a letter to the Board of Deputies and the JLC released this afternoon Mr Corbyn said that he wanted to apologise for the “pain and hurt to Jewish members of our Party and to the wider Jewish community” caused by instances of antisemitism. He described such attacks as “the socialism of fools.”

He pledged to bring forward a programme of “political education” within the party “to increase awareness and understanding of all forms of antisemitism”.

“The Labour Party has always opposed antisemitism, old and new, and always will,” he wrote. “This is a part of our common heritage from which we will never be separated.”

Mr Corbyn also apologised for questioning the removal of an antisemitic mural adding that he would “never be anything other than a militant opponent of antisemitism”.