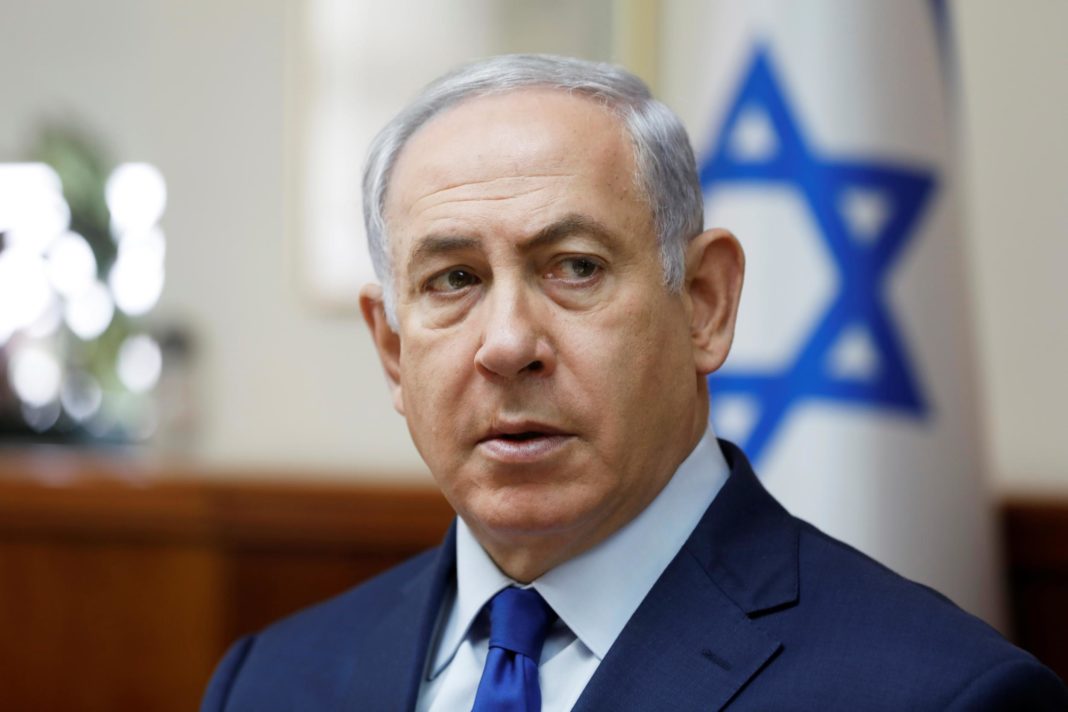 A cartoon published earlier this week in the Norwegian newspaper Dagbladet has drawn strong criticism from a number of major Jewish groups and Israeli officials.

In the cartoon, published on Tuesday, Israeli Prime Minister Benjamin Netanyahu is seen, with his body contorted in the shape of a swastika, punching a Druze man off a bench that says, “WHITES ONLY” – an apparent commentary on the controversial “nation-state” recently passed by the Knesset.

Anti-Defamation League (ADL) CEO and National Director Jonathan Greenblatt told The Algemeiner, “The cartoon showing the Israeli prime minister’s body shaped into a swastika is outrageous and deeply offensive. It takes one of the symbols of the Nazi Holocaust and twists it to make a political point against the very people who were singled out for death in the Nazi gas chambers.”

“Norway is a member of the International Holocaust Remembrance Alliance, whose definition of antisemitism includes comparing Israel to the Nazis,” Greenblatt added. “Dagbladet and the cartoonist, Finn Graff, owe the Jewish community of Norway an apology.”

European Jewish Congress (EJC) President Dr. Moshe Kantor said, “This cartoon clearly and unequivocally contravenes the meaning of the IHRA Working Definition of Antisemitism when comparing Israeli political leaders with Nazi ideology. While we stress that criticism of the Israeli government’s policies is protected, hate speech is not and this is what the cartoon clearly reflects.”

“Additionally,” Kantor noted, “trying to smear the Jewish people who have undergone such persecution in Europe, the Middle East and North Africa it would behoove the caricaturist and editorial staff to understand which nations have rid themselves of their Jews which lived in these countries for millennia, and which is the only nation in the Middle East to provide full equality for its minorities regardless or religion, race or gender.”

In a tweet on Tuesday, Israeli Ambassador to Norway Raphael Schutz called the cartoon an “example of the most repulsive imaginable antisemitic imagery” and demanded that Dagbladet “remove this sickening image and apologize.”