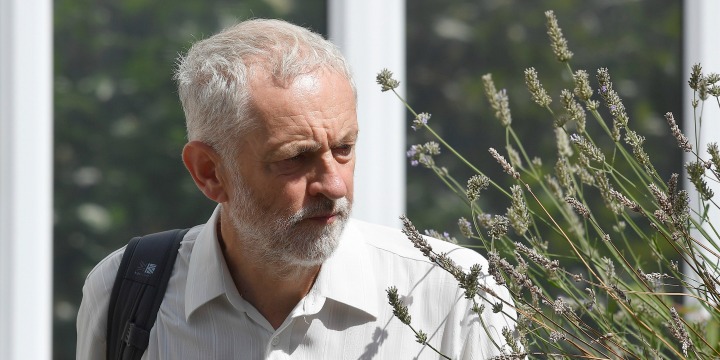 Mindful of several weeks of international media coverage spotlighting the antisemitism in its ranks, the National Executive Committee (NEC) of Britain’s Labour Party voted on Tuesday to adopt in full the definition of antisemitism drawn up by the International Holocaust Remembrance Alliance (IHRA).

The Labour Party had initially sought to adopt only the first part of the definition, leaving aside the examples it provides of the antisemitic nature of several of the tropes and messages uncritically adopted by anti-Israel activists – for example, the depiction of Israel as a “Nazi” state engaged in a “Holocaust” against the Palestinians, or the conspiracy theory that Diaspora Jews are more loyal to Israel than to their own countries. But after a storm of protest from British Jews, as well as from Labour Party grandees including former Prime Ministers Tony Blair and Gordon Brown, the NEC adopted the IHRA definition in its entirety at its Tuesday meeting.

At the same time, however, the NEC adopted a parallel statement clarifying that the adoption of the IHRA definition will not “in any way undermine freedom of expression on Israel or the rights of the Palestinians.”

A party spokesman said the NEC also welcomed a statement from Labour’s far-left leader, Jeremy Corbyn, calling for “action against antisemitism, solidarity with the Jewish community and protection of Palestinian rights as an important contribution to the consultation on Labour’s code of conduct.”

Critics of Corbyn denounced the publication of the parallel statement as a farce. Labour is currently facing a backlog of over 300 complaints about antisemitism in the party, including many examples that invoke “Israel” or “Zionists” in an overtly anti semitic manner. Corbyn himself has been the target of accusations that he has enabled antisemitism in the party and even expressed it himself – for example, a recently uncovered 2013 speech in which he portrayed British “Zionists” as outsiders incapable of understanding “English irony” despite “having lived in this country for most of their lives.”

Labour Friends of Israel Director Jennifer Gerber called the NEC’s decision “appalling” and claimed the “freedom of expression” clause “totally undermines the other examples the party has supposedly just adopted.”

Richard Angell, director of the center-left Progress group, said: “The Jewish community made it clear and simple to Labour: pass the IHRA definition in full – no caveats, no compromises.”

Angell continued: “A ‘right to be racist’ protection when debating the Middle East is not just wrong, it harms the cause of peace but it will also continue a culture where Jewish people cannot feel at home in Labour.”

Reiterating the Jewish community’s complaint that Labour has tried to restrict the meaning of antisemitism in order to protect anti-Israel campaigners, Angell observed: “Labour does not know better than Jewish people about antisemitism.”

Britain’s Campaign Against Antisemitism (CAA) issued a tepid response to the Labour decision. “This sounds like a positive step, but the Labour Party’s adoption of the International Definition of Antisemitism should never have been in question,” CAA Chairman Gideon Falter said in a statement. Calling the party’s unwillingness to adopt the full definition until two years after the British government did so “a disgrace,” Falter noted that “those who surround Jeremy Corbyn have succeeded in adding an addendum based on a fallacy that the definition prevents free speech.”

“There is now a mountain of antisemitism cases that the Labour Party needs to address, beginning with our disciplinary complaint against Jeremy Corbyn himself over his personal breaches of the definition over the course of many years,” Falter added.

Meanwhile, the European Jewish Congress (EJC) said that it “cautiously welcomes the overdue decision by the Labour Party’s National Executive Committee to adopt the IHRA working definition of antisemitism in full.”

In a statement on Tuesday, EJC President Moshe Kantor remarked that the Labour Party’s “initial refusal to adopt the full IHRA definition demonstrated a profound failure to respect and understand the Jewish community and its challenges with hate crimes.”

Kantor continued: “Now that the Labour Party has adopted the IHRA definition in full, it must be used to root out antisemitism because its adoption is only a first relatively small step and not an end in itself. If the Labour Party does not root out and punish all those who contravene the definition then this will be meaningless and mere window-dressing.”