International Jewish Organizations Condemn The Attack At The Pittsburgh Synagogue 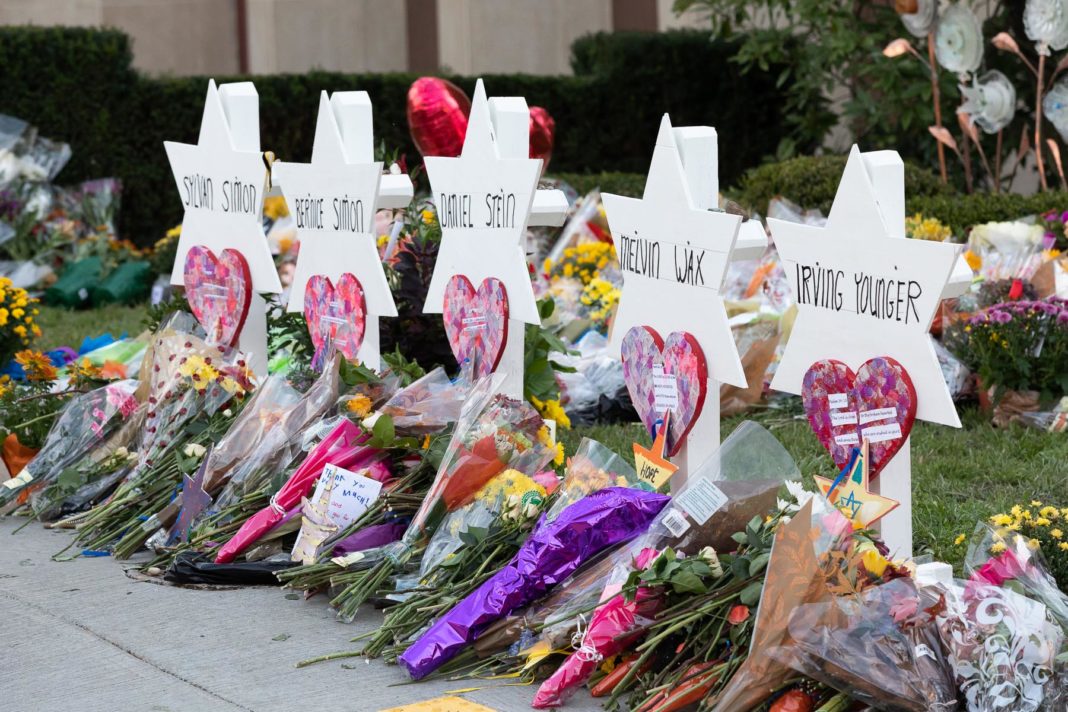 WJC President Lauder in aftermath of Pittsburgh attack: We must work together to ensure that our Jewish communities are secure and protected

In the aftermath of the deadly shooting at the Tree of Life Synagogue in Pittsburgh, World Jewish Congress President Ronald S. Lauder is sounding the alarm on the very real threats facing Jewish communities worldwide and urging government authorities to ramp up security efforts to prevent such an attack from happening again.

“The horrific act of terror that took place on Saturday at the Tree of Life Congregation Synagogue in Pittsburgh has left all Jewish communities, both in the US and abroad, in a state of absolute shock. We have long warned about the sharp rise in antisemitism, on both the far-right and the far-left and have prayed that the many incidences that we have witnessed of late, of vandalism and desecration of property, would never end in loss of life.

“This Shabbat, our worst nightmares came true. Innocent people were killed and wounded for the simple crime of being Jewish. This was an attack specifically targeting the Jewish community, in a deliberate and callous manifestation of antisemitism and hatred, and it should serve as a wake-up call to all Americans that such horror can and has happened here. We must be vigilant in making sure that this never happens again. “The Pittsburgh police department were quick to respond to this heinous attack, and for that we are grateful. It is imperative that the authorities across the US, and in every country that has a Jewish community, take every threat seriously, no matter how innocuous it might seem. It is the responsibility of governments and all official authorities to ensure that the Jewish communities, and their institutions, are secure and protected.

“The World Jewish Congress’ Security of Communities Department is actively working with national and local authorities in more than 50 countries to help to provide some of our communities with the proper infrastructure and crisis management tools to defend themselves against any threat. We will continue to do so with vigor, and we stand ready to assist in every way possible.

“Each and every one of us, from average citizen to government official, has the moral obligation to stand up and strongly condemn every form of antisemitism or xenophobia as it rears its head. We cannot allow ourselves to become desensitized to the very real dangers that can unfold. Vandalism, hate speech, and other demonstrations of the kind must not be ignored or downplayed. We must be united in unequivocal denunciation and clear in our message that we will not let terror win.”

Secretary General Antonio Guterres has conveyed in a personal message to WJC President Ronald S. Lauder his solidarity with the World Jewish Congress following the deadly shooting at the Tree of Life Congregation Synagogue in Pittsburgh.

The UN Secretariat released the following statement following the attack:

“The Secretary-General is deeply shocked at and strongly condemns the shooting today at the Tree of Life Congregation synagogue in Pittsburgh in the United States. He expresses his deepest condolences to the families of the victims. “The shooting in Pittsburgh is a painful reminder of continuing anti-Semitism. Jews across the world continue to be attacked for no other reason than their identity. Anti-Semitism is a menace to democratic values and peace, and should have no place in the 21st century.

“The Secretary-General calls for a united front — bringing together authorities at all levels, civil society, religious and community leaders and the public at large — to roll back the forces of racism, anti-Semitism, Islamophobia and other forms of hatred, bigotry, discrimination and xenophobia gaining strength in many parts of the world.”

EJC Expresses Shock And Sadness After Massacre In Pittsburgh

The European Jewish Congress (EJC) expresses shock and sadness at the terrible attack on the Tree Of Life synagogue in Pittsburgh yesterday.

“This barbaric and vicious act by a gunman shouting “all Jews must die”, following similar comments made on social media, shows how easily antisemitism can turn from hateful rhetoric and incitement into extreme violence,” said Dr. Moshe Kantor, President of the EJC.

“It also demonstrates the level of hatred against Jews and the evils of antisemitism, which knows no borders. The international community needs to implement stronger measures against hate speech and incitement, because as we can see, words matter.”

The Jewish communities in Europe send their condolences and deepest sympathies to the families of those who were brutally murdered in this vile and hateful act and to the entire Jewish community at this difficult time.

AJC is totally appalled by the horrific shooting attack inside a Pittsburgh synagogue during Shabbat morning services today. At least eleven people were killed and six wounded in the assault at Tree of Life Or L’Simcha Congregation. The shooter was apprehended by law enforcement.

“The sanctity of the Sabbath was shattered today, a solemn reminder that we Jews, even in the U.S., must be constantly vigilant,” said AJC CEO David Harris. “We mourn with the families of the victims, pray for the full and speedy recovery of the wounded, and stand in solidarity with the entire Pittsburgh Jewish community.”

The assailant reportedly had expressed on social media his rage against National Refugee Shabbat, a HIAS event of which AJC is a cosponsor, only hours before he arrived at the synagogue and yelled his intention to kill Jews during the attack. Incidents targeting Jews constitute the majority of religiously-based hate crimes in the U.S., according to the FBI, even as Jews constitute no more than two percent of the American population.

“The callousness of a bigoted individual intent on destroying innocent lives in a house of worship should unite Americans in anger and determination to confront the toxic hatred and extremism in our country,” Harris said. “We call on political, religious, and civic leaders of all persuasions to join in issuing a clarion call for moderation and civility in our national discourse, for far more sustained attention to the repeated outbreaks of deadly mass shootings afflicting our country, and for concrete actions to identify and confront the violent anti-Semites and other purveyors of hate who continue to lurk in American society.”

New York, NY, October 27, 2018. ADL CEO Jonathan A. Greenblatt released the following statement in response to the horrific and fatal anti-Semitic attack at the Tree of Life Synagogue in Pittsburgh today. Our hearts break for the families of those killed and injured at the Tree of Life Synagogue, and for the entire Jewish community of Pittsburgh. We believe this is the deadliest attack on the Jewish community in the history of the United States. We are actively engaged with law enforcement to support their investigation and call on authorities to investigate this as a hate crime.

It is simply unconscionable for Jews to be targeted during worship on a Sabbath morning, and unthinkable that it would happen in the United States of America in this day and age. Unfortunately, this violence occurs at time when ADL has reported a historic increase in both anti-Semitic incidents and anti-Semitic online harassment. As we mourn those lost and search for answers, ADL will remain steadfast in its mission to fight anti-Semitism wherever and whenever it may occur.

Source: The Central Board of Jewish Communities in Greece