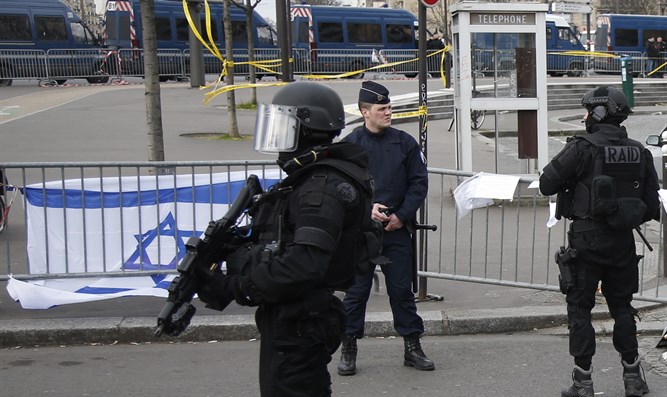 Rabbi Menachem Margolin, Chairman of the European Jewish Association in Brussels, responded to the Pittsburgh shooting, reffering to the routine feeling of concern felt by Jewish communities throughout Europe.

“Our hearts are broken for our brothers and sisters in Pittsburgh murdered in their place of worship during the holy Shabbat”, Rabbi Margolin wrote, “Here in Europe we look at communities in the United States with hope and sometimes a bit of envy, at the relative peace in which they live. Our Synagogues are protected under armed guard and anti-Semitism is on the rise”.

“It is therefore with a heavy heart that we learn of a brutal and murderous attack on synagogue in Pittsburgh”, Rabbi Margolin stated and emphasized: “America’s public discourse has become increasingly toxic, and all too often it is us, the Jewish people, that are used as an outlet for hate, prejudice and murder”.

“We at the European Jewish Association extend our sympathies to all those affected and stand ready to offer comfort and advice to our American family in these most difficult days to come.”

The European Jewish Congress (EJC) responded to the attack as well defining it a “barbaric and vicious act”.

“The act of a gunman shouting “all Jews must die”, following similar comments made on social media, shows how easily antisemitism can turn from hateful rhetoric and incitement into extreme violence,” said Dr. Moshe Kantor, President of the EJC. “It also demonstrates the level of hatred against Jews and the evils of antisemitism which knows no borders. The international community needs to implement stronger measures against hate speech and incitement, because as we can see, words matter.”

The Jewish Communities in Europe sends its condolences and deepest sympathies to the families of those who were brutally murdered in this vile and hateful act and to the entire Jewish community at this difficult time.