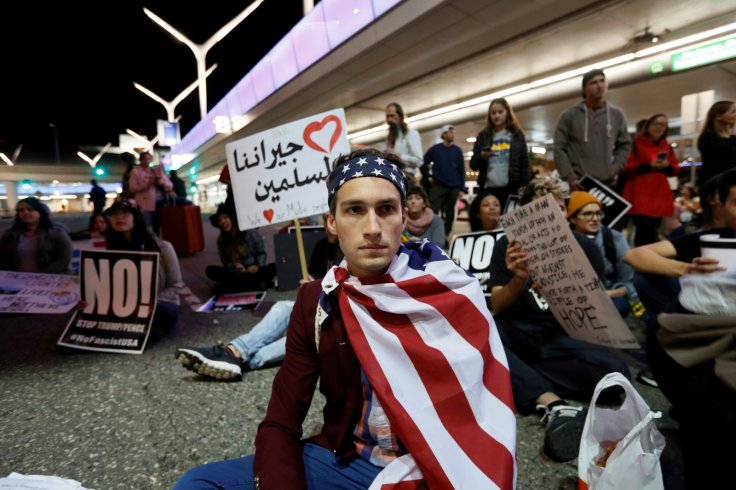 European Jewish Congress leader Moshe Kantor has warned on making judgements about individuals based on their country of origin, race, colour or gender amid the furore over Donald Trump’s decision to ban Muslims from seven Middle Eastern countries from the US.

But Kantor, who recently returned from a meeting with Pope Francis in the Vatican, also said on Monday that it was important for countries to take steps to defend themselves against terrorism in a time of Islamic radicalism, anti-Semitism and rising hatred of Jews in Europe.

“All I would say is that it is dangerous to generalise about groups of people based on their country of origin, their colour, their race or their gender,” said Kantor when asked about the ‘anti-Muslim’ ban by IBTimesUK.

“It is, however, also unfortunately necessary in these troubled times for countries to prioritise national security in the face of global terror.”

His comments came amid a global backlash against Trump’s decision to sign an executive order that bans individuals from Iraq, Yemen, Syria, Iran, Sudan, Somalia and Libya from travelling to the US.

Israeli Prime Minister Benjamin Netanyahu has so far been silent on the ban, prompting anger from some politicians in Israel, but has previously tweeted support for other controversial policy moves from Trump, including building a wall across America’s southern border with Mexico.

Asked about Netanyahu’s comments, Kantor did not accept the comparison between it and the Separation Wall that cuts off the West Bank from Israel.

“Every country has the right to defend and protect its borders, and the US is no different,” he said.

“I do not see a natural equivalence between the security barrier in Israel, which has been very successful in thwarting many terrorist acts, and the US-Mexico wall, but that is a matter for the US government and not one on which it would be appropriate for me to comment”.

Kantor said that in 2017 – still within the living memory of the Holocaust – radical Islam, the far right and the extreme left were gaining popularity in Europe. “The only thing that unites these apparently disparate groups is hatred of Jews. It is once more becoming acceptable in polite circles to openly make anti-Semitic, xenophobic and bigoted remarks,” he said.

He called for voters and governments across Europe to stand up against anti-Semitism: “We must reflect on where extremism takes our society and what needs to be done to eradicate this cancer,” he said.