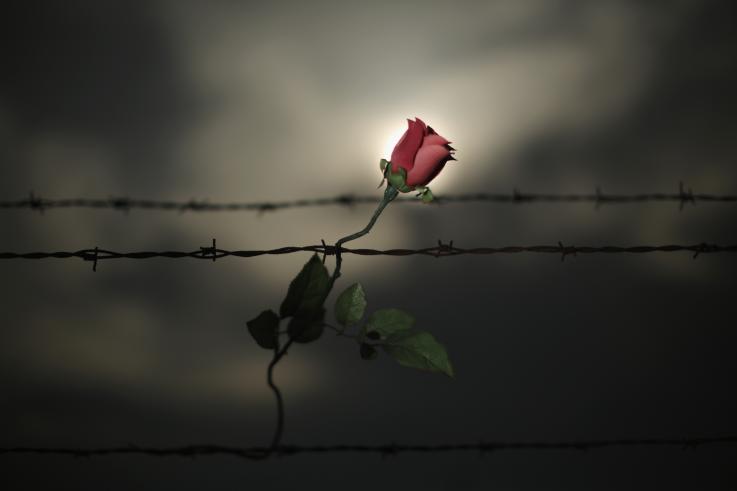 Bulgaria’s Foreign Ministry said that on International Holocaust Remembrance Day 2017, it was honouring the memory of diplomats who intervened to save Jews from being sent to Nazi death camps where more than six million Jews were murdered.

Marked since 2005, International Holocaust Remembrance Day, on January 27, commemorates the anniversary of the liberation of the Auschwitz-Birkenau death camp.

“We cannot realize the scale of this inhuman act which has no parallel in world history, but we can and we must remember the lessons, to pay tribute to the survivors because they are guardians of the memory of the Holocaust, which we must pass on to present and future generations. The words ‘never again’ are not a formal slogan, but an invaluable testament to our children,” Bulgaria’s Foreign Ministry said.

It said that Bulgaria was proud to be in the pantheon of those diplomats, exceptional men who disregarded their careers and opposed the orders of their national governments, who risked their lives to save hundreds of Jews from deportation and death.

“And today – we, their heirs, representatives of the diplomatic service of the Republic of Bulgaria, we are called to defend with dignity their high morality, unconditionally uphold their values of humanism and respect the right to life of all people,” the Foreign Ministry said.

The statement said that another crucial date for Bulgaria was March 10, which commemorates Bulgaria’s prevention of the deportation of Bulgarian Jews to Holocaust death camps while remembering the millions who were murdered by the Nazi regime.

“On this day, modern Bulgaria pays tribute to our fellow citizens, politicians and representatives of the Bulgarian Orthodox Church who saved 48 000 Jews from deportation, thanks to their strong resistance and firmly defended position in defence of the Bulgarian Jews.”

The Foreign Ministry said, “it is our duty to honour the memory of 11 343 Jews from the territories of Vardar and Aegean Macedonia, who have not had the happy fate of their brethren and were deported to death camps”.

“The lessons of the Holocaust must also be memory and a lesson for us. We have to be responsible not only to the past but also the future of our children, for whom these pages should not remain unshown and unlearned. It is with these thoughts and conscious responsibilities that Bulgaria applied to become a full member of the International Alliance of Remembrance for Victims of the Holocaust,” the statement said.

European Commission President Jean-Claude Juncker, in his message on International Holocaust Remembrance Day 2017, noted that this year marks the 75th anniversary of the Wannsee conference, where with cold, bureaucratic precision plans were laid out by the Nazi leadership to exterminate European Jews.

“As the years pass and as we become further removed from those events, the stronger is our duty to stand back and take the time to remember and reflect,” Juncker said.

He quoted Nobel Prize winner Elie Wiesel, who died last year after devoting his life to be a voice for the survivors of the atrocities of the Shoah: “Memory has become a sacred duty of all people of goodwill”.

Juncker said: “Our duty becomes even more compelling as every year the survivors and direct witnesses of the Holocaust become fewer and fewer, leaving the younger generations with the responsibility to carry a message that cannot lose its strength. We will not cease to say ‘We remember’!”

“This is also the first time that we remember the Holocaust without the presence of former German President Roman Herzog, recently passed away. It was he who in 1996 enshrined into German law the 27th of January as the Day of Remembrance of Nazi victims.

“This gesture set in motion a process that would lead the United Nations to declare in 2005 this day as the International Holocaust Remembrance Day, marking the 60th anniversary of the liberation of the Nazi extermination camp in Auschwitz-Birkenau on the 27th of January 1945.”

Juncker said that the European Union is a project rooted in the history of the European continent and fully shares this duty of remembrance.

“In these challenging times, memory is not only a reminder of the past, it is a compass for the future to not repeat the same mistakes and to not fall into the same traps like we have done so by allowing discrimination and hatred to spread. Elie Wiesel saw the dangerous seeds sowed by growing hatred. He recognised the threat this new tide represented and spoke up early against Antisemitism raising its ugly head again in Europe – in new forms – long before many others.”

History warns us that hatred can quickly tilt into incitement and violence, Juncker said. “For this reason, the EU has made tackling hatred and hate speech, where it arises, a priority.”

The European Commission agreed in May 2016 on a code of conduct with the largest IT companies and social media platforms to monitor and remove within 24 hours illegal hate speech that is flagged to them, he said.

This complements existing legislation the European Commission enforced which criminalizes actions and words that publicly condone, deny or grossly trivialise the Holocaust.

“Today, when ‘fake news’ are easily spread, there cannot be any complacency regarding Holocaust denials,” Juncker said.

“This applies regardless of the forms in which they are disguised: whether it is the so called ‘hard’ Holocaust denial, denying that the Holocaust ever happened – criminalized by law – but also the insidious alleged ‘soft’ Holocaust denial, which emerges in the downplaying of the scale and depth of the evil embodied by the Shoah, or the questioning of the relevance of the Holocaust for today’s world as well as in the attempts to belittle the Holocaust by pointing to other situations.”

In the face of rising Antisemitism and other types of hatred, in the face of a resurgence of incidents incited by violence, the European Commission is determined to prevent and combat Antisemitism in all its forms and to ensure that Jews can lead the lives they want to live in Europe, Juncker said.

“Europe will continue to be a place of peace and tolerance where bridges are built and intolerance and discrimination resisted,” he said.

The theme chosen by the UN for the Holocaust remembrance and education activities in 2017, including the Holocaust Memorial Ceremony, is “Holocaust Remembrance: Educating for a Better Future”, Israel’s foreign ministry said.

As explained on the UN’s special International Holocaust Remembrance Day web page, the theme emphasizes the universal dimension of Holocaust education as a platform for building respect for human rights, increasing tolerance and defending our common humanity. The Holocaust was a defining point in history and its lessons have much to teach about the danger of extremism and the prevention of genocide today.

“It would be a dangerous error to think of the Holocaust as simply the result of the insanity of a group of criminal Nazis. On the contrary, the Holocaust was the culmination of millennia of hatred, scapegoating and discrimination targeting the Jews, what we now call anti-Semitism”, UN Secretary-General António Guterres said, quoted by Israel’s foreign ministry.

“No Jew should be forced to leave Europe,’’ Antonio Tajani, the newly elected President of the European Parliament, said in a speech at the annual ceremony marking International Holocaust Remembrance Day, the European Jewish Press reported.

Tajani emphasised that “unfortunately, anti-Semitism is not an issue of the past. Acts of violenc against the Jewish communities in Europe are increasing. Jews are attacked only because they wear a kippa. In Germany, anti-Semitric incidents have doubled. Jews in France left for Israel because of the persistent climat of hatred towards Jews,’’ he said.

“We are here to commemorate the victims of the Holocaust, the worst tragedy in European history. It is not only an act of commemoration. It is a crucial process if we want to avoid repeating the same errors,’’ Tajani said.

“It is important to remain vigilant and not be afraid.’’

“In this context remembering the terrible mistakes from the past gives us the possibility to remind ourselves that Europe has always been able to draw lessons from the history, for a future based on freedom, democracy and respect for human dignity.’’

Tajani,  who succeeded Martin Schulz last week, said the European Parliament will be firm in the fight against anti-Semitism, ending his speech with the words: ”We pledge: Never this again.”

The ceremony was organised by the European Jewish Congress (EJC) whose President Moshe Kantor warned that “Europe is danger”.

‘’Jews are a target both for the far-right and far-left as well as of extremist islamists.’’

“Today, young generations have doubts about their future in Europe,’’ Kantor said.

He continued : “We count on Europe to continue showing its loyalty to us, loyalty to the idea that Jews have a future here in Europe, not behind high walls, bullet proof glass and barbed wire..

“As responsible Europeans we feel we must join our forces to defend our common European values against extremism, violence and terrorism,” Kantor said.