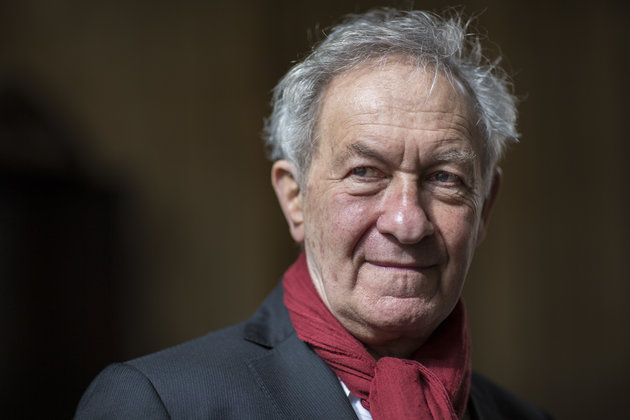 Simon Schama has issued a stark warning about attitudes to the rise of Donald Trump on Holocaust Memorial Day saying nothing is being “renewed” in the US except “hatred”.

He then drew parallels between what is happening in now and the attitude of many in the 1930s, when Adolf Hitler was rising to power.

And then warned that Holocaust Memorial Day was a particularly crucial time given the current political climate.

Schama is not the only one to draw such comparisons.

The head of a body representing Europe’s Jews told The Huffington Post UK that the recent rise in hate crime has “parallels with the darkest days of the 1930s”.

Dr Moshe Kantor, head of the European Jewish Congress, said that there were dangers “lurking in our own back yard” and called for improvements in security, education and legislation to deal with them.

He said: “A common question that’s asked about the Holocaust is how ordinary people were driven to commit atrocities.

“We know that they were not threatened with death for not following orders, so why did they did it? Why did they turn in their neighbours to the Nazis, and end up working – as train drivers, guards, secretaries – within Hitler’s killing machine?

“Only a small minority supported Hitler’s plan to kill all European Jews through mass extermination, a plan that was widely circulated years before.

“But he was able to act because an undercurrent of hatred had seeped into everyday life.”

That undercurrent of hatred is still there today – and could have worrying consequences, he said.

He added: “Some of these dangers are now lurking in our own backyard, as we face, once again, an era of nationalism, xenophobia and strident anti-Semitism.

“Unfortunately, it cannot be ruled out that by the end of the year far right and neo-Nazi parties will gains significant power in some European countries.

“Not standing up to this prejudice leads us down a dark path, where the rights of minorities are stripped away, and abuse becomes a way of life.”

Commemorations were taking place around the world on Friday for Holocaust Memorial Day, which also remembers those who were killed in genocides in Cambodia, Rwanda, Bosnia and Darfur.