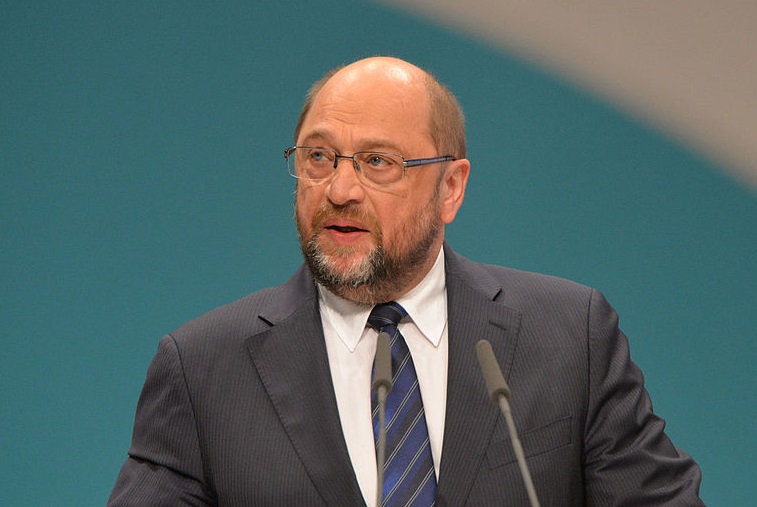 A German politician currently serving as president of the European Parliament is to be awarded the 2016 European Medal of Tolerance for his stand against nationalism and populism spreading across the continent.

Martin Schulz is to be honoured by the European Council on Tolerance and Reconciliation (ECTR) together with Russian director Andrei Konchalovsky.

ECTR president Moshe Kantor said the medal was in recognition of Schulz’s “commitment to the preservation of the memory of the Shoah and the exceptional leadership in the struggle against the rising wave of ultra-nationalism and hatred in Europe”.

Late last year, Schulz – who will not seek reelection next year – criticised U.S. president-elect as “a problem for the whole world” and said his rhetoric mirrored that of the far-right in Europe, where nationalist parties are on the rise.

Schulz, who will receive his medal later this month, is seen as pro-Israel, but he angered right-wing Israeli politicians on a visit in 2014, when, in a speech to the Israeli parliament, he questioned whether Israelis were denying Palestinians access to water resources. Benjamin Netanyahu later criticised his “selective” facts.

Kantor, whose organisation fights against racism, anti-Semitism and xenophobia, said Schulz had taken “an uncompromised stand against xenophobia, intolerance and political extremism”.

He added: “The number of hate-motivated crimes and incidents is rising around Europe. Political extremism both inspires and profits from these acts. At this worrying time it is important to send a clear message that political courage and moral leadership is vital for our societies.

“A strong and unified Europe is the greatest barrier against hatred and extremism and even during some very difficult years, economically and politically, President Schulz has remained a voice of reason, sanity and unity.”