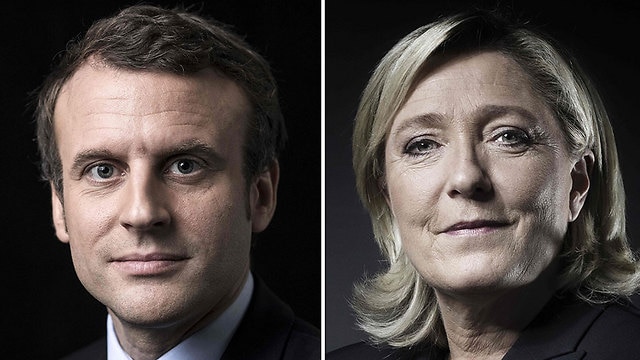 Leaders from all over Europe have come out to warn the French voting public that Marine Le Pen, the far-right candidate who has denied France was responsible for rounding up Jews during WWII, will bring with her anti-Semitism, xenophobia and isolationism.

Macron barely beat out Le Pen for the top spot in the first round of voting on Sunday with 23.74% of the vote, with Le Pen coming in second with 21.53%.

Speaking on Holocaust Remembrance Day, Kantor described Le Pen as “dangerous” and added that it was “extremely regrettable that more than one in five French voters voted for Le Pen.”

Kantor highlighted that the National Front leader recently “made comments against the historic record of the Holocaust, which makes her no less dangerous than her Holocaust-denying father who she has tried to hide.”

Earlier this month, Le Pen denied that France was responsible for rounding up more than 13,000 Jews at a Paris cycle track to be sent to Nazi death camps during the Holocaust.

Additionally, a senior French Muslim leader has called on the country’s nearly 5 million Muslims to “vote massively” to elect Emmanuel Macron president, or in other words, not to cast a vote for Le Pen.

Dalil Boubakeur, rector of Paris’ Grand Mosque, called the final May 7 vote to choose the next French head of state “decisive for the destiny of France and its religious minorities.”

His statement said: “The Grand Mosque of Paris and its National Federation (FGMP) call on Muslims in France to vote massively for candidate Emmanuel Macron.”

Similar sentiments were made by several EU leaders, among them European Parliament President Antonio Tajani, who came out to endorse Macron in the French presidential race.

Tajani said he Le Pen won’t win in the second round of the presidential election on May 7. He called on French people to get involved and defend the European Union.

He added that Le Pen’s goal of leaving the EU is a poor choice because “to remain in isolation is a bad solution.”

He said there are things to be improved about the EU “but that doesn’t mean to destroy it.”

Tajani spoke through a translator on Monday at a news conference in the Slovak capital, Bratislava, where he attended a conference of speakers of EU member states’ parliaments.

The European Union’s head office has also thrown its weight behind Macron in the French presidential runoff against Marine Le Pen, arguing it is a choice between the defense of the EU or those seeking its destruction.

In an exceptional stance during an ongoing campaign, the European Commission says that circumstances forced the hand of its president, Jean-Claude Juncker.

EU spokesman Margaritis Schinas said that “the choice was a fundamental one.” He said Macron represents the pro-European values while Le Pen “seeks its destruction.”

Following the first round of voting, Spanish Foreign Minister Alfonso Dastis said he hopes a victory in the French presidential election for Macron would mark a break in the rise of extremist populist parties in Europe.

Speaking to Spain’s Cadena Ser radio, Dastis stressed the need for caution but added that a win for Macron in the second round against Marine Le Pen would be “good news because his project for Europe is the closest to that of the Spanish government.”

Dastis said he hoped an eventual victory for Macron, together with recent Dutch election results, will confirm a move away from populist parties but added that European countries “need to get their act together, need to re-examine and constantly improve the European project.”

Le Pen launched an attack on Monday against Macron, presenting him as inexperienced saying he would be weak in facing Islamic terrorism. In a conversation with reporters, she said: “I am going out to meet with the French people in order to draw their attention to important matters, including Islamic terrorism, which Mr. Macron speaks about with gentle, weak words.”

France has suffered a series of Islamist terrorist attacks over the past two years, in which more than 230 people have been killed and hundreds were wounded. However, public opinion polls continue to show that French voters are more concerned about the state of the economy than about national security.

Le Pen’s emissaries were also gunning for Macron on Monday. They emphasized the fact that Macron had served as economy minister in the very unpopular, outgoing socialist government. “Emanuel is not a patriot, he sold national companies and criticized French culture,” said Florian Filippo, deputy to Le Pen in the National Front party. Commentators said that Le Pen’s biggest chance of beating Macron is to present him as part of a remote elite class whose life is far from that of the common Frenchman’s.

French President Francois Hollande similarly called on his countrymen to vote in the second round of the race, warning that France’s position in the international arena is in danger. Hollande said Le Pen’s policy would destroy the French economy and threaten French freedom. He stressed that the extreme right is a danger to the state.