Anti-Semitism Rising On Us Campuses: Report 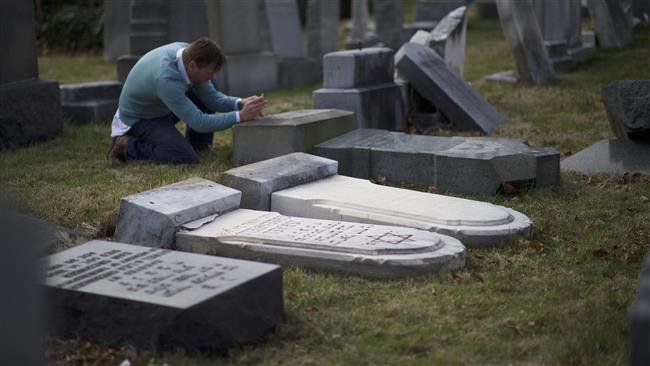 Harassment against Jews and other forms of anti-Semitism has increased dramatically worldwide, particularly on US university campuses, according to a new report.

Anti-Semitic incidents on US college campuses, mostly in the form of insults and harassment of Jewish students, increased 45 percent in 2016, Israeli researchers at Tel Aviv University said Sunday.

“There is a dramatic rise in all forms of verbal and visual anti-Semitism, harassment and insults, mainly on the internet, but also offline,” said Dina Porat, one of the authors of the report.

Overall, the number of violent anti-Semitic incidents in the United States rose slightly last year, compared to 2015, increasing from 88 to 91, the report found.

In Europe, the trend of anti-Semitism was becoming more mainstream and acceptable, especially on the far left and right of European politics, according to the report.

“We see a dramatic growth in the number of parliamentarians who allow themselves to express anti-Semitic views,” said Moshe Kantor, president of the European Jewish Congress.

The report comes following a recent wave of bomb threats against Jewish community centers across the United States and in Canada.

In early March, hundreds of gravestones at two Jewish cemeteries in Philadelphia, Pennsylvania, and St Louis, Missouri were vandalized.

Following the vandalization, the Jewish Agency for Israel, the largest Jewish organization in the world, expressed “deep concern” over the growing reports of anti-Semitism.

However, the agency itself has been involved in supporting Zionist terrorist groups in the occupied Palestinian territories.

The agency supported early Israeli terror groups, including the Irgun, the Lehi and the Haganah, which have carried out numerous violent attacks against Palestinians and Jews, as well as citizens from other countries.

Political scientists and academics have argued that supporters of Israel equate criticism of Zionism and Israel with anti-Semitism in a deliberate attempt to discredit critics and prevent legitimate criticism of Israel.