Report: Global Antisemitism Drops 12%, But Surges By 45% On US Campuses 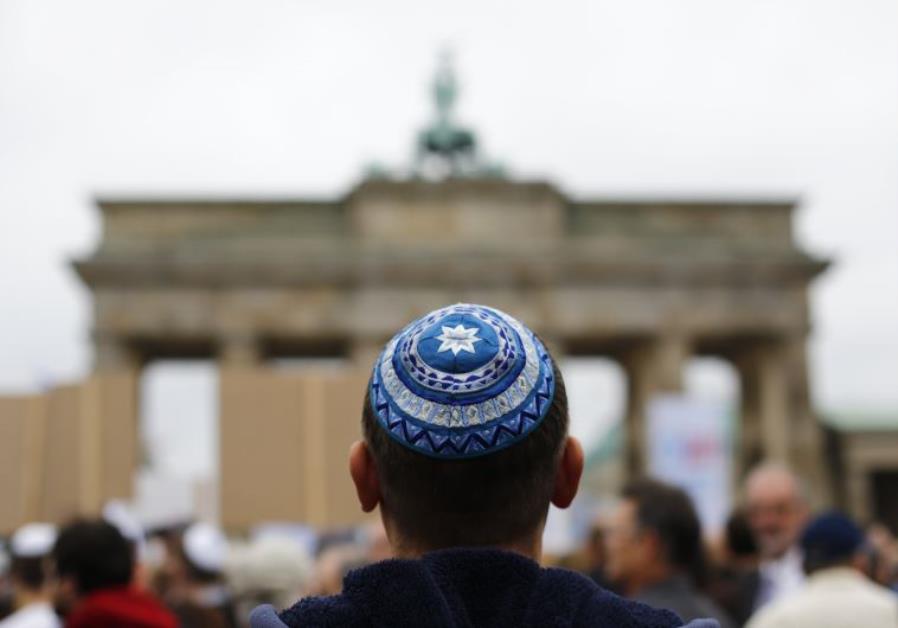 There was a rise in incidents among English-speaking countries

While violent incidents of antisemitism dropped 12% worldwide in 2016, US campuses saw a surge of 45% in antisemitism, according to data released Sunday.

The Kantor Center for the Study of Contemporary European Jewry at Tel Aviv University in collaboration with the European Jewish Congress released its Annual Report on Antisemitism for 2016 during a press conference held at the university.

According to the report, a total of 361 anti-Semitic violent incidents were reported worldwide, down from 410 in 2015.

The decrease in the number of all types of anti-Semitic incidents put together, as monitored by communities and governmental agencies, is most evident in France, where the Interior Minister announced a 61% decrease in all forms of antisemitism as well as in Belgium which witnessed a 60% decline.

The report credited the reason for this drop to increased security measures and the heavy presence of soldiers and police surrounding Jewish institutions as well as the fact that an increasing number of Jews avoid appearing in public spaces with identifying attributes, such as a Kippah.

One of the most startling findings is a 45% increase in antisemitism on US campuses, which the report stated have become a hot-bed for antisemitism, often under the guise of anti-Zionism and due to increased pro-Palestinian movements, such as BDS on campuses.

Dr. Moshe Kantor, president of the European Jewish Congress, commented on the findings, and said that while there was a substantial decrease in violent attacks against Jews, the motivation has not dropped, as witnessed by an increase in attacks on less protected arenas like online, university campuses and cemeteries.

“While the number of antisemitic incidents, especially violent ones, has decreased worldwide in 2016, the enemies of the Jewish people have found new avenues to express their antisemitism – with significant increase of hate online and against less protected targets like cemeteries,” he said via a pre-recorded video message at the press conference. “This means that in fact, the motivation has not declined and the sense of security felt by many Jewish communities remains fragile.”

As such, the data found that while there was a significant decrease in incidents involving the use of weapons and arson, unprotected cemeteries and memorials continued to be targets of antisemitic attacks.

Furthermore, the report noted that the discourse on the internet has become more and more threatening and violent, reflecting hatred towards Jews and other minorities.

The report cited a recent study conducted by the World Jewish Congress which found that an antisemitic message was posted every 83 seconds worldwide in 2016, the majority on Twitter.

“Hate against Jews is not really dropping,” Kantor emphasized, saying that it has just moved into the virtual world where enforcement is lacking.

The report also found that the recent immigration of some 2.5 million refugees to Europe did not contribute to an increase in antisemitism, despite a fear that it would do so.

Instead, the study noted that the rise of the far Right in Europe as well as to some extent in the US has turned its focus onto immigration issues, mainly targeting the Muslim refugees, with many of these leaders differentiating and denouncing antisemitic statements. Despite this, the report noted, antisemitic activity is still popular among these parties’ supporters.

The report also warned that antisemitism should no longer be seen as the main purview of the far-Right, and that while violent incidents by the extreme-Left remained low, verbal antisemitism and anti-Zionism remained vehement.

“We are now witnessing that the targeting of Jews is no longer the sole domain of the far-Right. The far-Left are now using the same messages, tactics and agenda,” Dr. Kantor said. “Indeed, some who describe themselves as liberal and progressive, are in league with the most regressive movements, ideologies and regimes.”