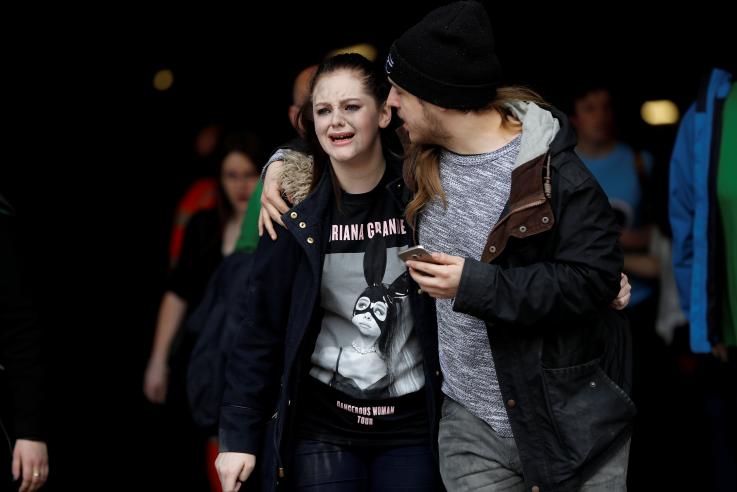 Muslim and Jewish communities-which have suffered sharp rises in Islamophobic and anti-Semitic attacks across Europe in recent years-have clearly stated where they stand after a terror attack shook Manchester Monday night, killing many young children enjoying an Ariana Grande concert: alongside the victims, in total unity.

A number of Manchester-based and international Muslim and Judaism advocacy groups decried a suicide bomber’s “despicable and horrendous” attack on a pop concert that left at least 22 people dead and 59 injured at Manchester Arena. Meanwhile, Muslims on the ground opened their homes to those stranded in the area and seeking refuge in the immediate aftermath of the bombing, using the hashtag #RoomForManchester, as Muslim taxi drivers offered free rides for those fleeing the scene.

“We mourn the victims of this carnage, and our hearts go out to the many injured, to the families who lost love ones in this sickening act of terrorism, and to the British people,” World Jewish Congress President Ronald Lauder said in a statement Monday. “The world stands united in its resolve to confront and defeat the scourge of terrorism. Our liberties and our way of life shall triumph.”

Suleman Nagdi, a spokesperform for the Federation of Muslim Organizations in Leicester, said members of his coalition were “deeply devastated” after learning of the Monday night massacre the Islamic State militant group (ISIS) has claimed responsibility for.

“Whilst the full facts have yet to emerge and an investigation is ongoing, whatever the motivation, murder can never be justified,” Nagdi told local newspaper Leicester Mercury Monday night. “Our hearts go out to the families of the victims who are now left in distress. Many children and young people were at the concert, and this is no way for their futures to be marked … We know that the Manchester community will come together to stand as one in the face of violence.”

There were 1,309 anti-Semitic hate incidents across the UK in 2016, a 36 percent increase from the year prior. Meanwhile, Tell MAMA reported a 326 percent surge in anti-Muslim incidents in the UK in 2015.

Muslims also are the most common victims of terror attacks globally, and have repeatedly denounced radicalized hate while mourning the loss and damage done to their own communities. That doesn’t stop the same radicalized hate from harming them in the wake of terror: the UK’s far right, led by groups like Britain First and the British National Party, are often emboldened following attacks purported to be “radical Islamic terror.” Islamic communities often face backlash, sometimes violent, after terror attacks throughout the region.

Harun Khan, secretary general of The Muslim Council of Britain, described the attack as “criminal,” calling for those behind the explosion to “face the full weight of justice both in this life and the next.”

“I pay tribute to the police and emergency services who have worked valiantly to save lives last night,” Khan added in a statement.

Dr. Moshe Kantor, president of the European Jewish Congress, expressed solidarity with Muslims and the victims of Monday’s attack in a statement Monday.

“This horrific attack demonstrates once again that the enemies of civilization have no boundaries,” Kantor wrote. “This was a concert attended by mostly youth and children and is a ghastly reminder that terrorism sees all of us as potential targets, regardless of age, religion, nationality or background.”