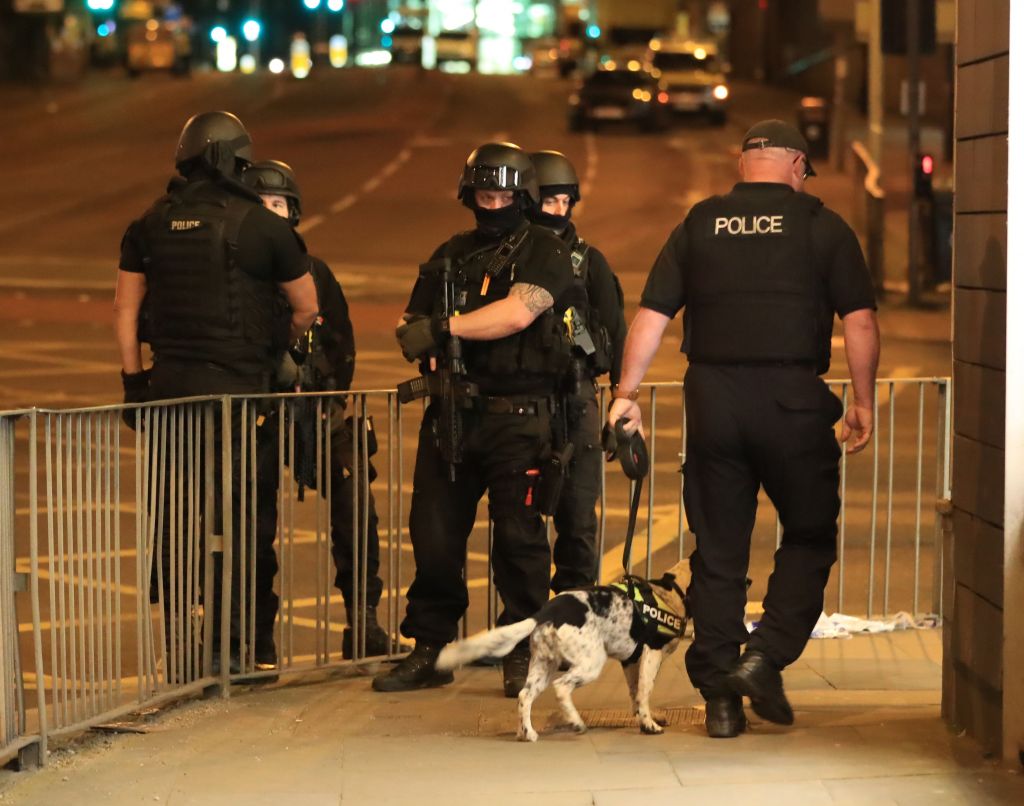 Jewish leaders pay respects to victims of a deadly terror attack in Manchester, in which 22 have been killed and 59 injured

Jewish community chiefs have condemned a deadly terror attack, after a suicide bomber killed 22 people, including children, at a pop concert in Manchester.

Some 59 people were injured as an explosion tore through fans leaving a concert by American artist Ariana Grande on Monday evening. The attacker detonated an improvised explosive device, with victims describing being thrown by the blast that scattered nuts and bolts across the floor.

Following the incident, figures within the Jewish community condemned the attack and paid tribute to the victims, whilst the CST urged “calm and vigilance” within the community.

Chief Rabbi Ephraim Mirvis said: “Today will be a day of immense grief and pain as we mourn for those who have lost their lives in the city of Manchester. This now looks to be the worst terror attack we have suffered in nearly twelve years and first and foremost, our thoughts and prayers are with the families of the victims.”

“This attack, intended to inflict maximum carnage on innocent young lives, is the purest evil. But our reaction defines who we are as a country. When we are attacked by hate, we respond with love. Nothing and no one can divide us.”

The Board of Deputies president Jonathan Arkush said: “Our thoughts and prayers go out to all those caught up at the Ariana Grande concert last night. This savage attack on young people will require a response, but we will not hand victory to the attacker by allowing ourselves to become divided. The response by people of all communities in Manchester, offering shelter and transport to each other shows our society’s resilience, and that terrorism will not win”.

Senior Rabbi of Masorti Judaism Jonathan Wittenberg said is: ” Horrified by attack in Manchester. My thoughts are with the victims and the emergency services. Most cruel & vile of all crimes- to murder children. Poor parents & all who grieve: our hearts are with you”

Senior Rabbi and Chief Executive of Liberal Judaism Danny Rich sent his thoughts and prayers before adding: “We thank the emergency and security services and are emboldened by simple acts of kindness by so many peoples of all faiths and races. It is these people, not a murderous individual, who represent the decency of humanity. We shall overcome those who try to terrorise us.”

Jewish politicians also paid tribute, with Labour’s Ivan Lewis, who is running to be MP for Bury South tweeted: “As we think about the victims and their loved ones we salute the courage and professionalism of Greater Manchester Police, Manchester Fire Brigade and North West Ambulance Service NHS Trust. Thank you”.

Luciana Berger, candidate for Liverpool Wavertree wrote: “My thoughts are with everyone affected by the terrible events in Manchester tonight”.

Israel’s envoy to the UK Mark Regev wrote on Twitter, “We have lowered the Israeli Embassy’s flag to half mast in solidarity with the people of Manchester. Israel stands with you at this difficult time.” Similarly, Britain’s ambassador to the Jewish state David Quarrey said: “Terribly sad news from Manchester, but a moving, resilient response from the people of the city. Thoughts with all victims & their families.”

The European Jewish Congress condemned the attack: “This horrific attack demonstrates once again that the enemies of civilization have no boundaries,” Dr. Moshe Kantor, President of the EJC, said. “This was a concert attended by mostly youth and children and is a ghastly reminder that terrorism sees all of us as potential targets, regardless of age, religion, nationality or background.”

“Our thoughts are with the families of the deceased, our prayers with those injured for a speedy and full recovery and our solidarity with the British people and government.”