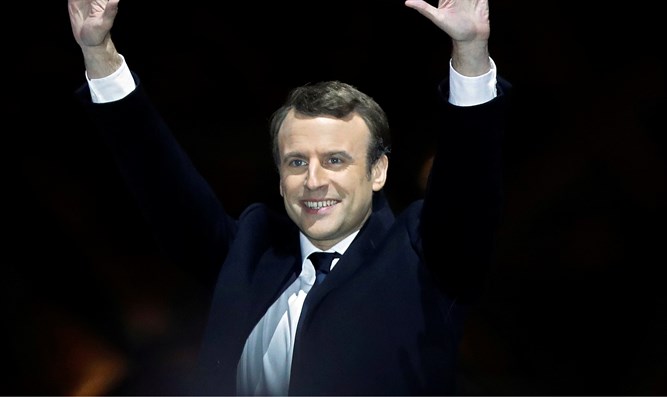 The European Jewish community on Sunday congratulated Emmanuel Macron for winning the second round of the presidential election in France, defeating Marine Le Pen.

“It is extremely encouraging that the French public has rejected Marine Le Pen’s far-right politics, however, we are concerned that a third of the French population voted for a dangerous political leader. As we meet in Amsterdam for our 60th anniversary Convention, we will analyze the worrying political landscape in Europe and the increase in far-right rhetoric which has swept the continent,” he added.

“We congratulate Emmanuel Macron and the French people on a victory against hate and extremism,” Dr. Moshe Kantor, President of the EJC, said. “This was a vote for France, for the European Union and for democratic values.”

“Never has a major European country faced such a challenge to its most basic value system of tolerance and democracy since all of Western Europe was dominated by fascism in the Second World War. We applaud the French people for facing this challenge with the full force of French democracy and the core values of the Republic,” he added.

“This election teaches us that we must remain vigilant in the defense of democracies from the extremists who seek to exploit the fears and insecurities of the people. It is no coincidence that the same candidate who called upon the French electorate to forget the horrors of the past, sought to provide the roots for their repetition in the present. We thank the French people for rejecting this message,” Kantor continued.

“We remain extremely concerned by the still large support for parties of the far right, not only in France but across Europe. We look forward to working with President-elect Macron on all issues of shared interest to France and the Jewish community,” he concluded.

Exit polls on Sunday night showed that Macron, a former member of the Socialist Party and self-proclaimed pragmatic centrist, has won roughly 65.5% of the vote, beating out immigration hawk and EU critic Le Pen by some 31%.

Pre-election polls showed Macron leading Le Pen by 20 percent or better, after the two nearly tied in the first round of voting in April.

“I congratulate Emmanuel Macron on being elected President of France. I look forward to working with President-elect Macron to confront the common challenges and seize the common opportunities facing our two democracies. One of the greatest threats facing the world today is radical Islamic terror which has struck Paris, Jerusalem and so many other cities around the world,” Netanyahu said.

“France and Israel are longtime allies and I am sure that we will continue to deepen our relations,” the Prime Minister concluded.

U.S. President Donald Trump congratulated Macron as well, writing on Twitter, “Congratulations to Emmanuel Macron on his big win today as the next President of France. I look very much forward to working with him!”