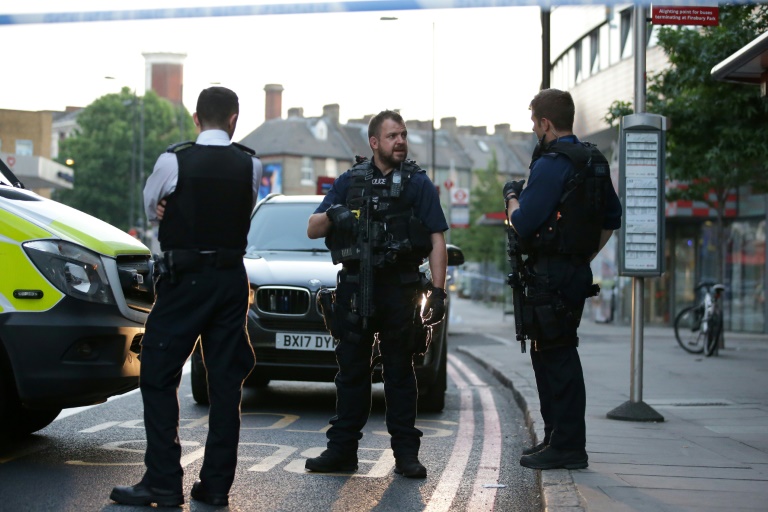 Prime Minister Theresa May condemned it as a “terrible incident” that was being treated “as a potential terrorist attack”.

“I will chair an emergency meeting later this morning. All my thoughts are with the victims, their families and the emergency services on the scene,” she said in a statement on Monday.

Opposition Labour leader Jeremy Corbyn said he was “totally shocked” and had been in touch with mosques and police. The area is in Corbyn’s Islington North constituency.

The European Jewish Congress has condemned the attack: “This is an unconscionable attack on Muslim worshippers during their holy month of Ramadan,” EJC President Moshe Kantor said. “We condemn this attack and its attempt to escalate tensions in the UK and we stand firmly besides our Muslim brothers and sisters in the aftermath of this attack.”