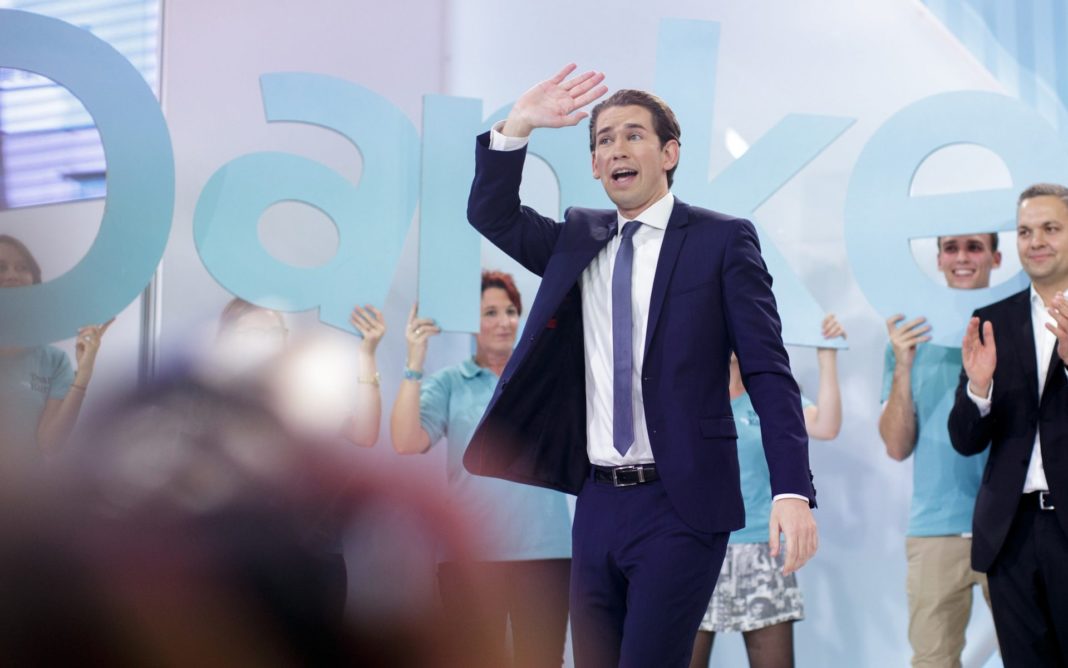 Europe’s most prominent Jewish organisation has called on the victor in Austria’s election not to form a coalition with the far-Right.

Sebastian Kurz is set to become the world’s youngest leader after winning Sunday’s elections at the age of just 31.

He is widely expected to form a coalition with the nationalist Freedom Party (FPÖ) after his conservative People’s Party (ÖVP) failed to win an outright majority,

But on Monday the European Jewish Congress urged him not to offer the nationalists a place in his government.

“A party which has run on a platform of xenophobic intolerance and the targeting of immigrants must not be granted a seat at the governing table,” Moshe Kantor, the president of the Jewish Congress, said.

“Europe in general and Austria in particular should know all too well where acceptance of populist and pernicious ideologies leads.

“Austria’s central role in a post-war Europe founded on democracy and human rights must not be allowed to be sacrificed on the altar of political expediency and short-term populism which reminds us of far darker times within living memory.”

The warning from an organisation which represents all of Europe’s Jewish communities has particular resonance in Austria given its role in the Second World War and the Holocaust.

It came as Europe began to come to terms with the results of an election that has sent shockwaves through the continent’s political scene.

Jean-Claude Juncker, the president of the European Commission, said on Monday he hoped coalition talks would produce a “stable pro-European government”.

Mr Kurz has the first opportunity to try to put a coalition together after his party won 31 per cent of the vote.

With postal votes still to be counted, the centre-left Social Democrats (SPÖ) appear to have just edged into second place with 26.9 per cent, ahead of the Freedom Party on 26 per cent.

At heated meetings in Vienna on Monday, the defeated Social Democrats agreed to open coalition talks with anyone who was willing to speak to them.

But Mr Kurz is thought more likely to seek an agreement with the Freedom Party after adopting much of the same anti-immigrant rhetoric as the nationalists during the campaign.

There is widespread discontent with the current coalition between his People’s Party and the Social Democrats, and most analysts agreed it was only his move to take over the anti-immigrant mantle that denied the Freedom Party victory.

The Social Democrats’ best hope of denying Mr Kurz may be to seek a coalition with the Freedom Party themselves – and it was that possibility that dominated Monday’s party talks.

Michael Häupl, the influential Social Democrat mayor of Vienna, was said to be against a coalition with the nationalists – though he later said he was ready to speak with anyone.

But Heinz-Christian Strache, the Freedom Party leader, has spoken openly of the “overlap” between his party’s manifesto and Mr Kurz’s.

The biggest problem facing Mr Kurz may be how much the Freedom Party might ask as a price for their role as kingmakers.

One unnamed Freedom Party source told Der Standard newspaper coming third may even have played into the party’s hands, as it kept the Social Democrats in the equation and allowed his party to demand more for their support.

The European Jewish Congress is not the first to raise concerns over the Freedom Party. The Mauthausen Committeee, an organisation which represented victims of the Nazi concentration camp of the same name, has documented extensive cases of neo-Nazi sympathisers among party members, while a recently published bestselling book accused Mr Strache of being the front man for a hardline takeover of the party.

Meanwhile Titanic, an Austrian satirical magazine is facing possible prosecution over a picture comparing Mr Kurz to Hitler appeared on its Twitter account.

The tweet showed the 31-year-old with crosshairs over his heart and the caption: “Finally it’s possible to kill baby Hitler”.

Austrian police said they had passed the Tweet to prosecutors for investigation.