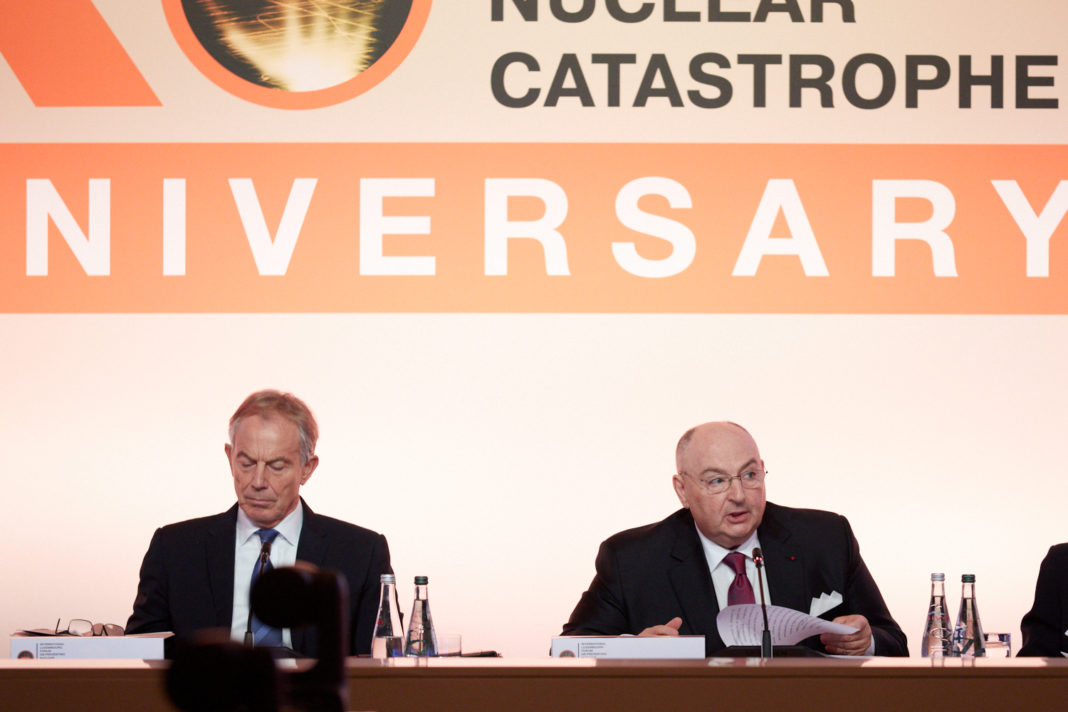 Former British prime minister Tony Blair on Monday warned that abandoning the Iran nuclear deal, as US President Donald Trump has threatened to do, would introduce an “immediate risk” of the Islamic Republic developing atomic weapons, though he said the international community needs to do more to counter the country’s ballistic missile program and efforts to achieve hegemony over the Middle East.

While the former premier did not directly call for Trump to certify the Iran deal, the timing of his remarks – amid international speculation about whether or not the US will pull out of the 2015 agreement – made it clear who was the subject of his encouragement to do the “sensible thing.”

Blair acknowledged that the nuclear deal, the 2015 Joint Comprehensive Plan of Action (JCPOA) that was signed by Iran and six global powers, was the target of considerable criticism – some of which he said was valid – in the United States and around the world, but said that for better or worse, “it is done.”

The former British premier made his remarks at the 10th annual conference of the International Luxembourg Forum on Preventing Nuclear Catastrophe, which opened on Monday morning.

Blair said that maintaining the JCPOA “means, for now at least, that Iran’s nuclear program can be stalled.”

Over the past few weeks, Trump has indicated that he would not be recertifying the Iran deal – a process required by a provision in a 2015 US law according to which he informs Congress every three months if the Islamic Republic is adhering to the terms of the agreement in exchange for broad international relief from oil, trade and financial sanctions.

The deadline for recertification is October 15.

Israeli officials, specifically Prime Minister Benjamin Netanyahu, have vocally encouraged the US to abandon the deal, calling for the Trump administration to introduce new sanctions and negotiate a new agreement with Iran.

Trump holds an apparently similar view, calling the agreement one of America’s “worst and most one-sided transactions” ever. He declared last month he even had made his mind up about what he’ll do next, though he refrained from saying what that would entail.

“Decertification” could lead Congress to reintroduce economic sanctions on Iran that were suspended under the deal. If that happens, Iran has threatened to walk away from the arrangement and restart activities that could take it closer to nuclear weapons.

In his speech in Paris, Blair said, “The sensible thing is to preserve the current agreement.”

The president and co-founder of the Luxembourg Forum, Viatcheslav Moshe Kantor, a Russian businessman and philanthropist, similarly voiced support for maintaining the Iran deal.

“Undoing the Iranian nuclear deal, concluded between the ‘six’ and Tehran would be unforgivable. We have to ensure that Iran fully complies with the obligations it pledged to and now the most important issue is what happens when the deal is concluded,” Kantor said.

However, Blair added that international powers needed to work to curb Iran’s efforts to develop superior ballistic missiles and its funding of terror groups around the world, as these were not addressed by the JCPOA and continue to present a threat to global stability.

“The conventional risk of Iran’s activities poses a more immediate concern than its nuclear threat,” he said.

In addition to the risks posed by canceling the Iran deal, Blair also warned of the threats posed by the nuclear-armed, “irrational” North Korea, as well as the ever-feuding Pakistan and India.

But greater still, he said, was the threat inherent in the breakdown of ties between the world’s largest nuclear superpowers: the United States and Russia.

Blair said the only way to address these nuclear concerns is through extensive efforts by both world governments and leading nuclear experts. “Facts and details matter,” he said.

“Multilateral diplomacy is out of fashion. It shouldn’t be. It is critical and unavoidable to forestall today’s risks,” he said.

William Perry, who served as US secretary of defense under president Bill Clinton, warned that the world was “recreating the conditions that could lead us to blunder into a nuclear war” and returning to the “dark days of the Cold War.”

Perry, who held a number of positions in the US Department of Defense throughout the Cold War, asked rhetorically: “Have we forgotten the Cuban missile crisis?”

The former defense secretary recalled a number of other cases of near-misses between the US and Russia during the Cold War, when human or machine error nearly set off nuclear war.

He warned that today the same could happen again between the US and Russia, India and Pakistan, or North and South Korea.

“We could have the same number of casualties as all of World War II, only these would happen in six hours instead of six years,” he said.