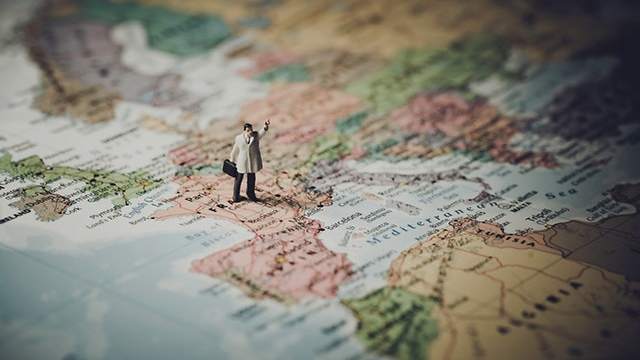 Anti-Semitism has been a problem for a very long time through history, but it is seeing a resurgence in recent times in various countries around the world.

The organization under the leadership of Dr Kantor has organized and sponsored conferences and other events that facilitate interaction and the sharing of ideas among civil society representatives and people from academia.

Anti-Semitism has been a problem for a very long time through history, but it is seeing a resurgence in recent times in various countries around the world, from the Unites States to many parts of Europe. The rising hate has reached extremely violent levels in recent times, as seen in the murder of a holocaust survivor who was stabbed and burned in her home in France.

One of the most important organizations that speaks for Jewish people and has been at the forefront of the movement to bring anti-Semitism to a halt is the European Jewish Congress. Their activities have spanned several areas and are beginning to yield fruit in terms of promoting tolerance across different countries.

As stated by the president of the European Jewish Congress, Moshe Kantor at a conference on ending anti-Semitism held in Vienna in February, “People marching in the streets of European capitals shouting ‘Death to the Jews’ has led to the actual death of Jews, and will continue if Europe does not react”, making clear the stance of the organization that for anti-Semitism to be defeated, there has to be concrete action taken in the area of curbing incitement.

In line with that advocacy, there have been steps in a number of countries to completely outlaw such speech and even holocaust denial both offline and online. The Commission has also been able to secure IT companies’ participation in a code of conduct that requires such content to be reviewed and acted upon within a day after being reported.

At the same conference in February, Dr Moshe touched on another of the EJC’s focus areas: Engaging with political parties to remove anti-Semitic elements in their party’s rhetoric and general outlook. He specifically mentioned the Freedom Party of Austria and commented on their decision to set up a panel to look into their anti-Semitic history and proffer solutions, similar to the panel set up by the Labour party under Jeremy Corbyn in 2016.

He called on the party to ensure that the review is a thorough, objective one that brings about real change in the party, not merely tokenistic declarations that would do nothing to make the party more open and tolerant.

Apart from the political sphere within countries and on the international stage, the EJC has also been reaching out to members of civil society and academia across Europe to get them on board in the fight against anti-Semitism. This is in recognition of the roles that activists and academics play in shaping public opinion when it comes to socio-political issues such as this.

The organization under the leadership of Dr Kantor has organized and sponsored conferences and other events that facilitate interaction and the sharing of ideas among civil society representatives and people from academia, enabling them to garner the knowledge and experience they’d need when advocating for more tolerance in their various societies.