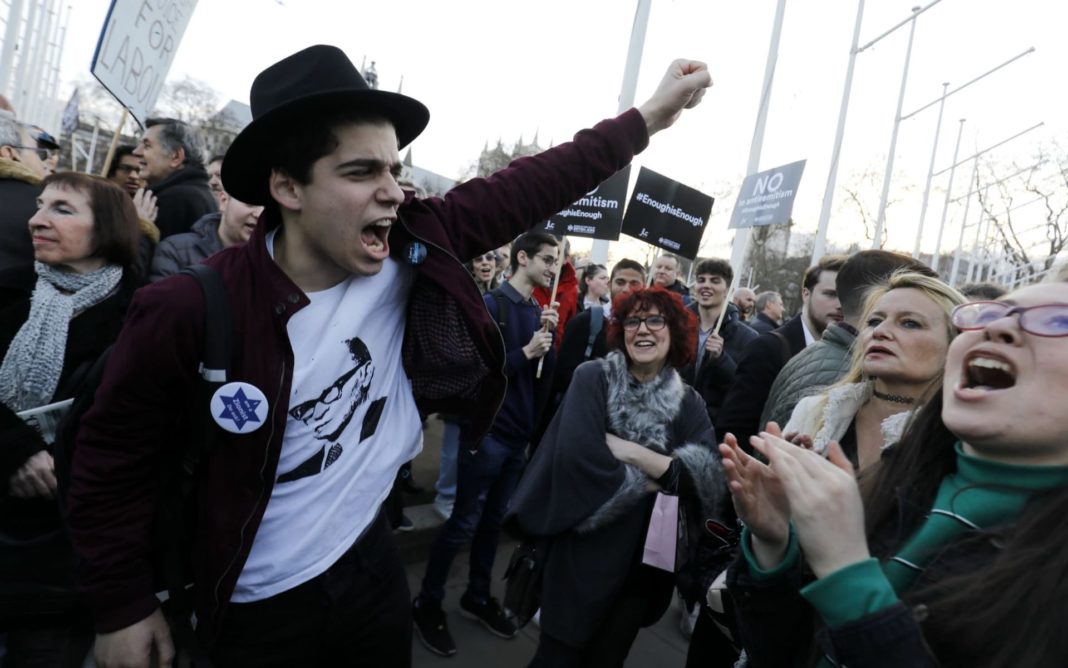 Jeremy Corbyn’s Labour party is partly to blame for a rise in antisemitic attacks in the UK, a report has said.

The Kantor Center, based at Tel Aviv University, said that the “unprecendented publicity regarding controversies about alleged and actual antisemitism in the Labour Party” is likely to have “emboldened offenders”.

There was a three per cent rise in antisemitic incidents of all types recorded by the Community Security Trust, from 1,346 to 1,382.

While abuse on social media fell by 15 per cent the number of antisemitic assaults recorded by the CST rose by 34 per cent to 145.

Alongside hard-right antisemitic activity there has also been a “rise in leftist antisemitism” which “supports radical Muslim anti-Israeli attitudes expressed in antisemitic terms such as in the BDS and Antifa movements, and certainly in the UK Labour party led by Jeremy Corbyn,” it said.

“The recent strengthening of the extreme right in a number of European countries was accompanied by slogans and symbols which remind, not only the Jewish population, of the 1930s, despite the significant differences between the two periods,” the report added.

It said British Jews were “losing their traditional political home, because of the change the Labour party has undergone, to which they feel they cannot be partners”.

“Jews regard the present stances of the Labour Party as no less than betrayal,” it added.

On Tuesday the Israeli Labour party said it was suspending ties with Jeremy Corbyn because of the “hostility” he had shown to the Jewish community and the “anti-Semitic statements and actions” allowed during his time as Labour leader.

Avi Gabbay, the Israeli Labour leader, sent a formal letter to Mr Corbyn in which he also accused the Labour leader of “very public hatred of the policies of the government of the state of Israel”.

Mr Gabbay said the suspension was temporary and only applied to relations with Mr Corbyn’s office, not with the entire British Labour party.

A Labour Party spokesman said: “Labour is committed to challenging and campaigning against antisemitism in all its forms, both in the Party and wider society.

“Jeremy Corbyn has said we must eliminate antisemitism in the Party and has asked Jennie Formby, Labour’s new General Secretary, to make this her number one priority.”