Violence Against Jews Is Down, But Anti-Semitism Is On The Rise. “Jew” Has Again Become A Swear Word 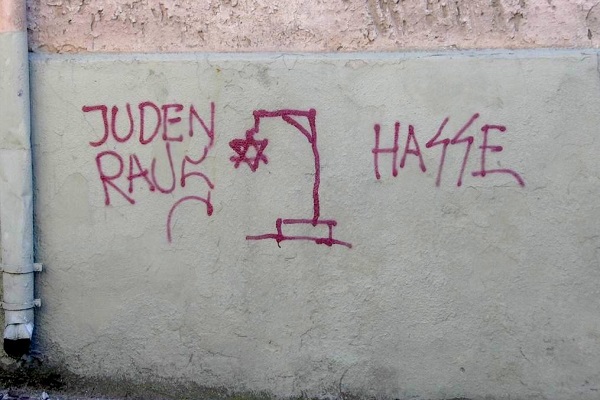 Increasing anti-Semitism has made European Jews insecure. According to a study conducted by Kantor Center for The Study of Contemporary European Jewry of Tel Aviv University, the fear is so prevalent in some places that a significant number of Jews have even relocated either within their countries or outside it to escape it. This state of affairs, as per analysts, is due to a combination of multiple factors like extreme right resurgence, the left’s anti-Zionist discourse, and radical Islam.

The Kantor report is 105 pages long. It analyzes the occurrence of European anti-Semitism. The report also examines hatred towards Jews in Australia, South Africa, United States, Canada, and the once Soviet bloc countries. The document mentions 327 violent incidents, desecration, and vandalism in 2017. To compare, 2009 saw 1,118 attacks. The lowest incidence of anti-Semitism was in 1989, with only 78 unlawful behavior. Individuals were targets of 30 percent of the attacks. 20 percent of the incidents were memorial sites and cemeteries, and 17 percent of the violence was towards synagogues.

The Kantor Center survey, however, showed a positive outlook, at least on paper, of a nine percent drop in violent anti-Semitic incidents compared to 2016. The numbers are even more encouraging when compared with the 2006 to 2014 average, with an encouraging 50 percent decrease in hostility. Within these statistics, however, there is a spurt of abuse and harassment. The report states the rise of the far right in a few European countries. It notes that the present-day symbols and slogans have a disturbing resemblance with the anti-Jewish sentiments previously observed during the 1930s. The intensity of anti-Semitism expressed during street demonstrations is also distressing. This bubbling hatred explains the discrepancy between the real incident occurrences and high fear levels seen among the European Jews. As an example, the Kantor report points out that “Jew” has again become a swear word.

The Kantor report pointed to the fact that Arabs and Muslims did not always perpetrate anti-semitic attacks. The hatred comes from a variety of circles, from all sides of the political spectrum. Many leftists harbor anti-Semitic views. It said that the incidences of violence have decreased due to higher security and better intelligence. Protective measures are also now more stringent, and Jews are now wary of wearing anything which may make them distinct from the population