At Unveiling Of New Terezin Monument, European Jewish Leader Warns ‘Lessons Of Holocaust Have Been Forgotten’ 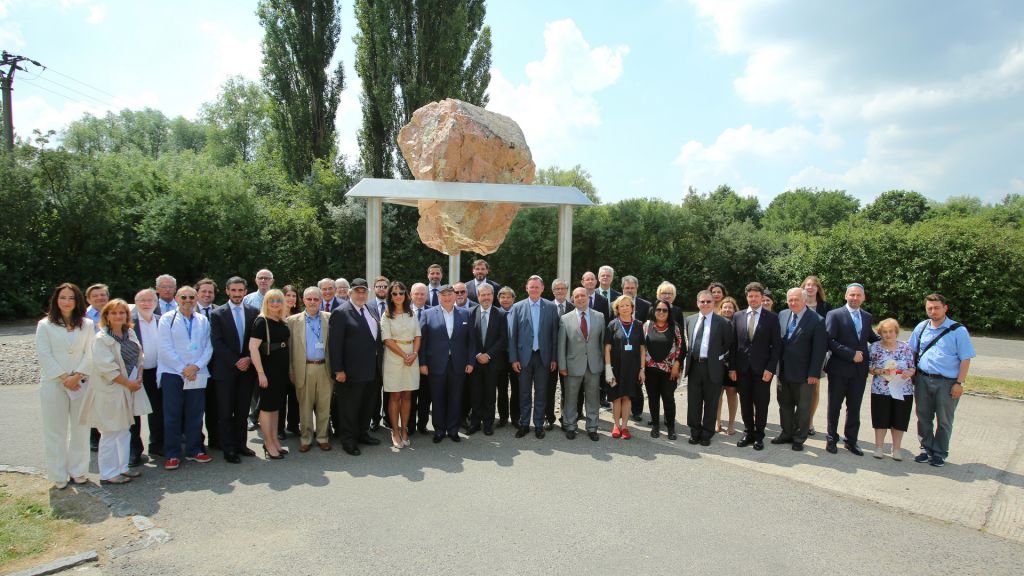 A new monument – commemorating the victims of the Nazi Holocaust – was unveiled on Monday at the site of the Terezin concentration camp in the Czech Republic.

Dr. Moshe Kantor – president of the European Jewish Congress – said the monument was a reminder of the “inescapable burden of our responsibility of keeping the memory of the Shoah alive.”

Seven decades after the Holocaust, Kantor warned, “antisemitism has reached an unprecedented and alarming scale.”

“The lessons of the Holocaust have been forgotten, fading with the sands of time and a new open and mainstream antisemitism is spreading,” he continued. “Jewish communities across Europe require massive protection and security, which is having a grave effect on Jewish life in many parts of Europe. This cannot continue.”

“Today,” Kantor noted, “Jewish communities across Europe face existential challenges. The general feeling among Jews is that antisemitism has entered a new phase. Jewish citizens are attacked by the far-Left, the far-Right and radical Islamists, on the streets, in parliaments, online and in their own homes.”

“Antisemitism has become a sign of a profound societal sickness and is a danger not only to Jews, but to countries and citizens across the globe. Hatred and intolerance are everyone’s problem, and we expect all layers of civil society to be at the forefront of this battle,” Kantor concluded.

The monument was created by Czech artist Aleš Veselý.